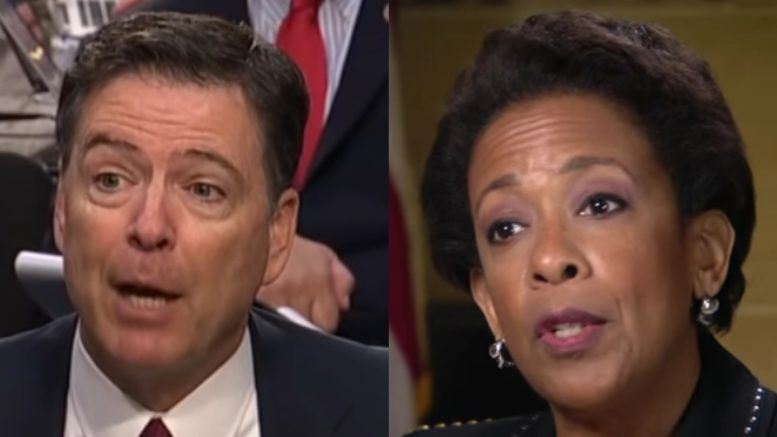 James Comey and Loretta Lynch’s day in front of House committees may be on the verge of happening in coming days.

House Republicans are reportedly about to pull the trigger that will force former FBI Director James Comey & former Attorney General Loretta Lynch to appear before Congress.

According to a new report by The Washington Post, House Judiciary Committee Republicans are about subpoena Comey & Lynch “for depositions in their ongoing investigations of FBI and Justice Department officials’ conduct during probes of Donald Trump’s campaign and Hillary Clinton’s emails.”

If this is the case, House Judiciary Chairman Bob Goodlatte will serve subpoenas before the 48 hour threshold that is required.

Whether or not it will be an open or closed-door session is yet to be determined along with other details, according to the source.

But time for such depositions to occur is winding down as Republicans control the House for only a handful of weeks. And it is highly likely that House Democrats will not focus their investigation on matters that could benefit the President.