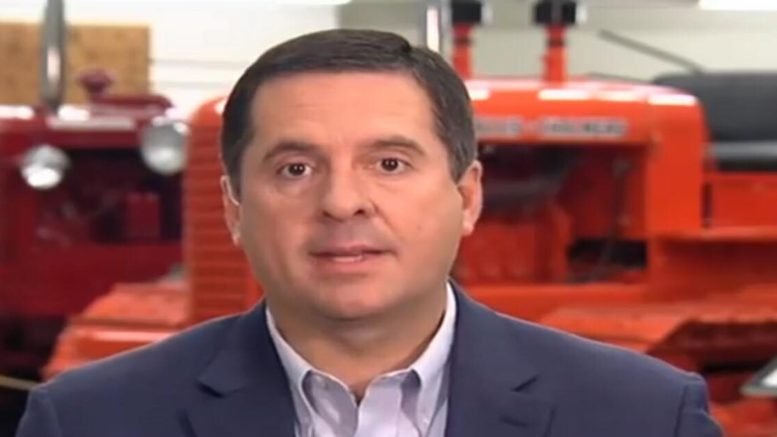 Nunes revealed the existence of a “fourth bucket” of information related to potential misconduct by the FBI that he wants declassified. (Video Below)

Before departing as chairman, Devin Nunes explained that his panel’s investigation into the Justice Department and FBI is largely complete, adding the public release of these “buckets” would help give his efforts a sense of “finality.”

Nunes said the first of three “buckets” were the Russia-related documents President Trump walked back from declassifying earlier this year.

The last tranche of documents pertains to emails showing knowledge about withholding information from the Foreign Intelligence Surveillance Act court.

“The new fourth bucket that we’re asking to be declassified now is — for months we have been reviewing emails between FBI, and DOJ, and others that clearly show that they knew about information that should have been presented to the FISA court,” Nunes revealed.  (Video Below)

Nunes added that House Speaker Paul Ryan, R-Wis., has been pressing the Justice Department to hand over emails and make as many public as possible. As has been a point of frustration in the past, Nunes complained that the DOJ has redacted some information, even in classified settings.

The other three “buckets” of documents he and GOP allies have pushed Trump to declassify remain under wraps.

After making an announcement in September to have the documents declassified and Russia-related texts from officials, including FBI Director James Comey, released, President Trump held back after meeting with Deputy Attorney General Rod Rosenstein. (Video Below)