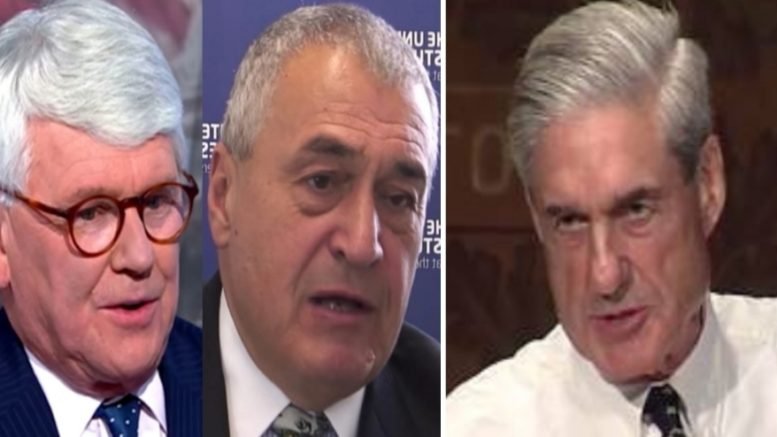 Tony Podesta is Johns brother, and John was Hillary Clinton’s campaign manager for the 2016 Presidential run.

Tony was once a big money man in D.C. He was capable of raining down the cash as a left-wing lobbyist with the now defunct firm, the Podesta Group. (VIDEO BELOW.)

Tony and John are tied at the hip, and Tony was working with Ukraine.

John was the one who had has email hacked during the Presidential election, because he used the password, “password.” It’s no wonder Hillary lost.

So now, we recall John was Hillary’s campaign manager, and he had ties to his brother, Tony. Tony shut down the Podesta Group lobbying firm, because it was under investigation for working with “Russian-backed former Ukrainian president Viktor Yanukovych.”

Additionally, the Podesta Group and former Obama White Counsel, Greg Craig, are in Mueller’s sight for failing to register in accordance with the “Foreign Agents Registration Act for their work with the ECMU and on behalf of Ukraine,” NBC News reported. (VIDEO BELOW.)

Tony cannot be indicted for anything because the Mueller team passed immunity out like candy.

The Trump team; however, has “demanded to know why Tony Podesta has not been arrested and charged,” per Fox News.

“Trump confidant Roger Stone, for instance, has insisted a 2016 tweet of his that appeared to presage the release by WikiLeaks of John’s emails — “Trust me, it will soon the Podesta’s time in the barrel” — was instead a reference to the brothers’ foreign connections getting them into the hot seat,” Fox News reported. (VIDEO BELOW.)

Will Mueller charge and indict the Democrats for the same thing as Manafort?