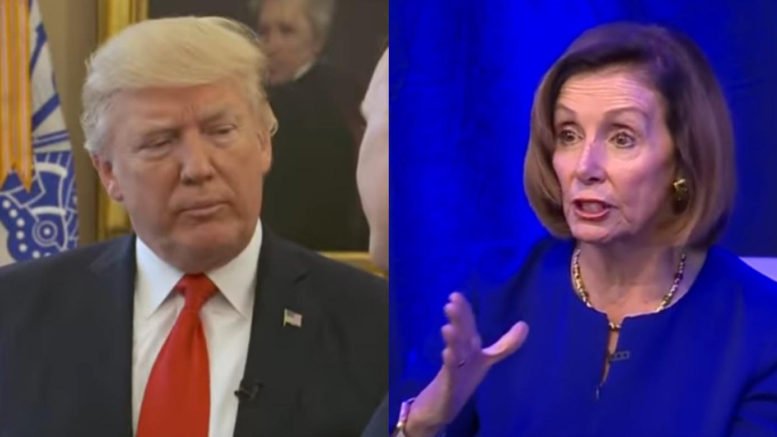 Nancy Pelosi (D-CA) will most likely be voted in on Thursday, January 3rd, as the 116th Congress’ Majority Speaker of the House.

Tom Fitton of Judicial Watch exposed who she is appointing as Congress’ new House General Counsel. (More below.)

And with the appointment of Douglas Letter, there will come a slew of investigations against the President of the United States.

As House Counsel, Letter will represent both Democrats and Republicans. “That means Letter is poised to be at the heart of any debate over impeaching the president,” as reported by Daniel Chaitin of The Washington Examiner.

Furthermore, Chaitin wrote, “Democrats poised to take control of committees in January have said they are ready to begin a bevy of investigations into the president and a number of members have called for Trump’s impeachment.”

“In the run-up to the November midterm elections, Pelosi indicated that wasn’t poised to seek impeachment if her party won power. But she didn’t dismiss the prospect either,” as reported in The Washington Examiner. (More below.)

Are they looking for a crime to oust the duly elected President of the United States?

Is this a soft coup attempt before our very eyes? Since Letter also worked for Bill Clinton during his impeachment years, Letter has experience with impeachment proceedings and is a known anti-Trump attorney. He is also close friends with disgraced former FBI Director, James Comey.

Pelosi said, “It depends on what happens in the [special counsel Robert] Mueller investigation.” Then added that impeachment “is not unifying and I get criticized in my own party for not being in support of it.” We will see if she changes her tune soon or stays true to her words. h/t The Washington Examiner.