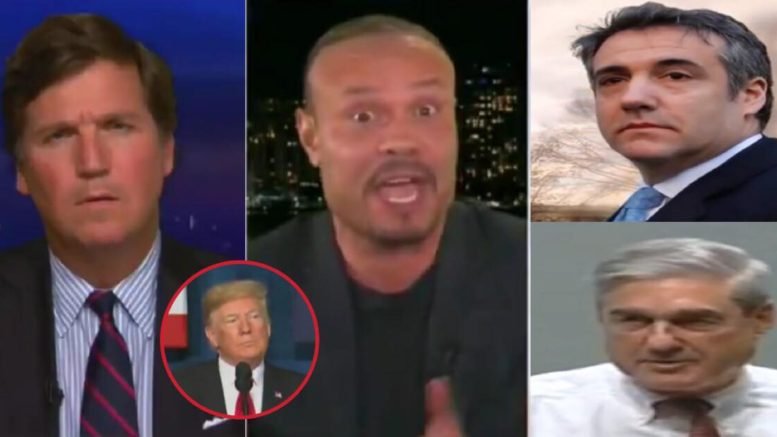 Buzzfeed was fed to wolves after special counsel Robert Mueller’s office refuted the story Friday evening in a statement. (Video Below)

Peter Carr, a spokesperson for special counsel Robert Mueller’s office, released a statement disputing Buzzfeed‘s report that read, “Buzzfeed’s description of specific statements to the Special Counsel’s office and characterization of documents and testimony obtained by this office, regarding Michael Cohen’s Congressional testimony are not accurate.”

Dan Bongino responded and began by pointing out, “This is a real black eye for the media today. As you know Tucker, Buzzfeed has been involved in a significant fake news campaign before as well, where they were the first ones to run with the dossier, which was really the flash point of this whole investigation.”

“This story today is a significant black eye for the media outlets all over the country, and you know what? It shows Donald Trump is correct when he says a lot of times these people, at minimum– are the enemies of truth.” Bongino said.

Bongino explained that people were frothing all day at the mouth, calling for impeachment toward the President. “This does the country absolutely no good; it’s really a disgrace.” He added. (Video Below)

Dan Bongino said there were red flags all over the story earlier in the day, before the special counsel released their statement. He pointed out two.

“Why would Donald Trump lie and initiate a crime? Why would he instruct [Cohen] to lie about a non crime? Bongino asked. “A building project in Moscow is not illegal. There’s nothing illegal about it.”

“But secondly, think about this Tucker: You have the scoop of the century and you give it to Buzz Feed and to a reporter at Buzz Feed with a checkered past? He questioned. (Video Below)

Bongino continued, “What does this say to you? Think this through in the audience. This was probably some kind of canary trap! It was probably someone feeding false information to sniff out some leakers on the inside of the government. And the only people eager enough to pick up this ridiculous story was this discredited guy at Buzzfeed with a history of malicious actions in the journalism field.”

He added, “That’s what it says to me. I could be wrong. It could just be a bad source, but this says to me that it was probably a canary trap, and this guy got suckered into the whole thing. There were red flags all over this story if you were paying attention.”

Dan Bongino goes off on the BuzzFeed: "Why would Donald Trump lie and initiate a crime…why would he instruct [Cohen] to lie about a none crime?"

"You have the scoop of the century and you give it to BuzzFeed and to a reporter at BuzzFeed with a checkered past?" pic.twitter.com/a2ysZRzs4y