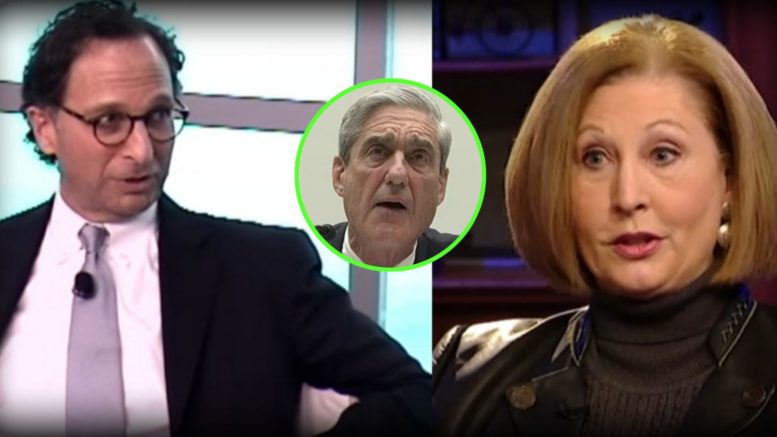 Further, Sidney discussed Mueller’s top prosecutor, Andrew Weissmann, her reservations about him, and Democrats plans with Mueller’s final report. She warned that the report, which will likely be authored by Andrew Weissman, will destroy try to destroy President Trump. (Video Below)

Sidney Powell is an expert of Department of Justice corruption and has followed the career of Democrat hatchetman Andrew Weissmann who has destroyed thousands of lives during his career as federal prosecutor only to see his cases overturned years later by superior court rulings, reported GWP.

During the interview, Sidney Powell recalled how Weissmann forcefully prosecuted employees of the Arthur Andersen Accounting firm during the Enron litigation, in which the firm’s obstruction of justice conviction was unanimously overturned by the Supreme Court.

Levin pointed out that Weissmann will likely author Mueller’s final report on the Trump-Russian investigation, adding that prosecutors don’t normally write reports but instead testify in court proceedings.

Levin said, “[It’ll be] a confidential report [but] Congress is going to demand it.” He added that the contents may be leaked to the press. (Video Below)

Sidney said she predicts the report will not be fair in one way or another to Trump, noting that Weissmann allegedly attended Hillary Clinton’s victory party in Manhattan on Election Night 2016.

“Andrew Weissmann could write a report about you giving your mother a nice Christmas present and make it sound like a federal criminal offense,” Sidney explained, adding that Weissmann is a master manipulator of the media as well.

“Yes, I’ve heard that’s true.” She continued, “The other thing you need to know is Mr. Weissmann is a master manipulator of the media. He did that during the Enron litigation also. In fact, he sat in the courtroom with his arm around Mary Flood who was the lead reporter of the Houston Chronicle.” (Video Below)