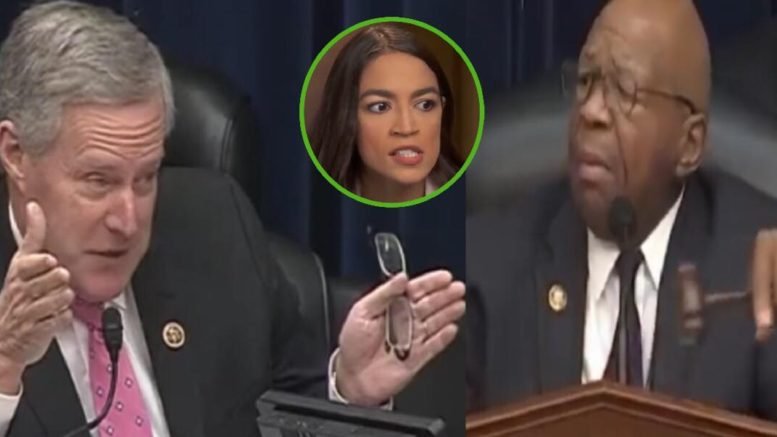 Alexandria Ocasio-Cortez (D-NY) attended her first day in a congressional hearing on Tuesday, and it was quite a spectacle to say the least.

During the first meeting of the House Committee on Oversight and Reform since Democrats took control of the House, Rep. Mark Meadows (R-NC) let her know a thing or two about how things work in D.C. (Video Below)

Rep. Mark Meadows told Rep. Alexandria Ocasio-Cortez that lawmakers need more than a three days notice to attend questioning, because they are busy and not just “sitting around eating bonbons.”

This was the first time the Freedom Caucus chairman, Mark Meadows, and Ocasio-Cortez appeared at a committee meeting together.

Cortez suggested that members of Congress should come on a 24 hr notice and vote or hear depositions, but Meadows let her know that all of their schedules aren’t as relaxed as hers. Most of Congress are on multiple committees, so they need time to be able to get to the vote or hearings. Meanwhile, they are writing bills, legislation, or they are attending official committee meetings.

Meadows and others told Chairman Elijah Cummings (D-MD) that they believe members should get a five days notice to attend questioning of witnesses by Democratic staff lawyers. (Video Below)

Meadows explained that some lawmakers who live far from D.C. need to make arrangements to get there for questioning.

Cortez didn’t like the idea and complained, “I don’t believe we need five days” if lawmakers are doing their jobs.

Meadows shot back and painted a clear picture for Cortez to understand and said, “Mr. Chairman, I can tell you on all of this at this particular point, we’re all wanting to cooperate. Sometimes our schedules, you know, we’re not just sitting around eating bonbons, waiting for the call of anybody. There are complex scheduling, and that’s why we all have schedulers.” (Video Below)

Cummings, however, did say that the committee would provide members a five days notice, as opposed to three, when possible, reported Washington Examiner.