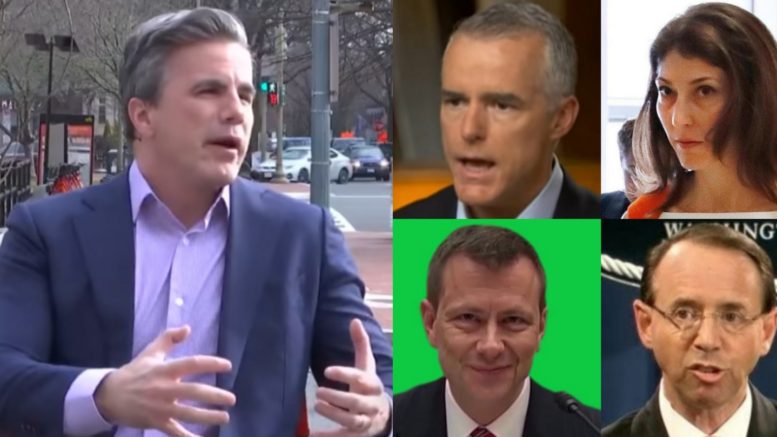 Tom Fitton sat down with Eric Bolling of Blaze TV to give his take on the latest revelations surrounding an alleged coup attempt against President Trump by members of the DOJ and FBI.

Investigators and politicians, including Senator Lindsey Graham, are now focused on “ten days in May” of 2017, which is when they believe discussions and meetings took place among FBI and DOJ’s top brass about invoking the 25th Amendment to remove President Trump from office.

When asked about what might be found when investigating the “ten days in May,” Fitton said, “We’re gonna get confirmation that they were trying to remove the President by invoking the 25th Amendment improperly, in my view.”

He continued, “They were talking about wearing a wire on the President and they were aghast at his firing Comey, even though he had the right to. And so they punished him by bringing in Robert Mueller to investigate.”

Bolling asked Fitton if he thinks what is alleged to have been carried out by FBI and DOJ officials was a conspiracy and if it was illegal. Video Below

Fitton said he considers it a “seditious conspiracy” and argued, “If you’re abusing your office to target someone, a citizen, even if he’s President, it would be illegal.”

He then cited Lisa Page’s recently released transcripts and pointed out that there is “evidence of a crime” shown in them. Fitton said, “That’s evidence of a crime! They were talking about targeting the President, they didn’t like him and you can’t separate the two.”

Then after agreeing with Bolling that wire-recording the President would be illegal, Fitton concluded, “That’s why we wanna figure out what went on. I don’t know what the documents are gonna show, but the fact they’re stonewalling us suggests [the documents] will show something they don’t want us to see.” Video Below