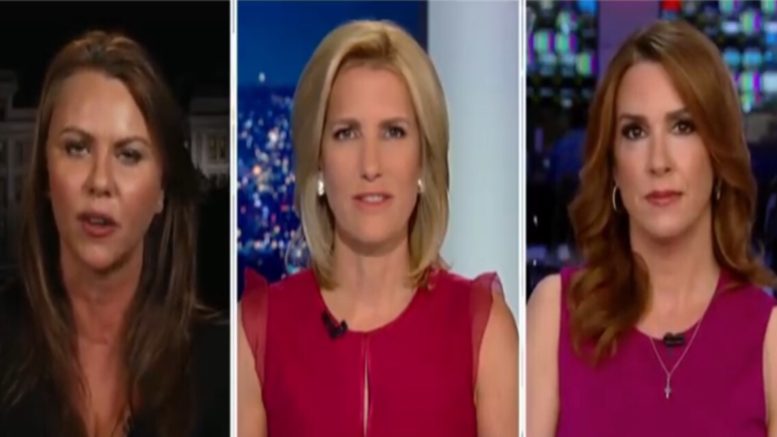 Laura Ingraham laid out clear examples of the media’s mistreatment and their role in spreading misinformation, then showed how they refuse to accept responsibility or accountability.

Lara Logan recently made headlines when she admitted that the mainstream media has an overwhelming liberal bias.

She responded to the recent aftermath of the media who spread the Russia collusion conspiracies in an effort to smear President Trump.

“I have been a journalist for more than three decades, and I’d have to say that I feel ashamed. This is a terrible moment for us as journalists. I’ve been saying for several years now that accountability begins with us.” Logan expressed.

She admitted that people ask her all the time about “fake news” and how “we got to this point where there is so little trust in the media?” (Video Below)

Logan gave an example of when the media made fun of President Trump when he said he was “wiretapped” during the 2016 presidential campaign.

“It doesn’t make it any better, it isn’t a fine moment for journalists.” Logan added. (Video Below)

Laura Ingraham played a clip of President Trump’s attorney, Rudy Giuliani, blasting CNN’s Chris Cuomo for their continuous Russia collusion theories. He demanded Cuomo apologize for the overreaction of collusion peddling, but Cuomo refused and said, “Not a chance!”

Ingraham asked Carter what she thought of Cuomo’s response and she replied, “It tells me nothing’s changed for now, for the media, and it is very disappointing.”

She described the coverage of how the media and how they treated President Trump during his campaign along with the American people who supported Trump. “They talked about them as Deplorables, they laughed, they said ‘no way is Donald Trump going to be elected President of these United States. They didn’t believe it for one second. There was a visceral hate all over Washington, D.C.”

She added, “One thing we have learned from this right now, and we can just see it with Rudy Giuliani, is that they don’t want to back away from this.”

Logan also broke down the Steele dossier, that was funded by Hillary Clinton and the DNC, and she explained how the media and the intelligence agencies ran with it spreading misinformation. (Video Below)