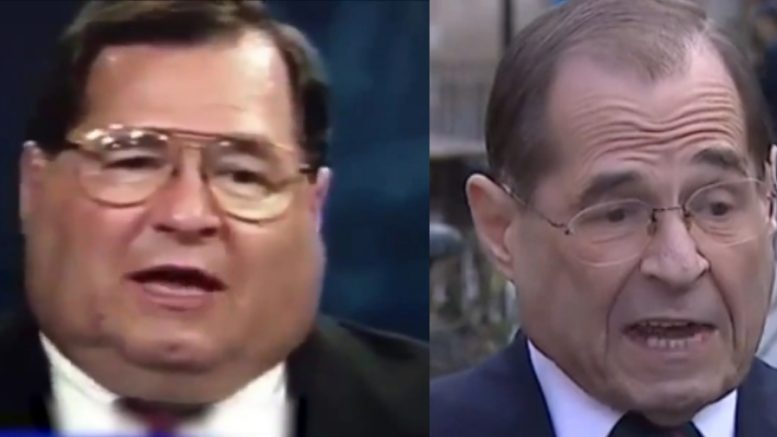 House Judiciary Chairman Jerry Nadler and his colleagues have been adamant about getting their hands on Special Counsel Robert Mueller’s full report.

On Wednesday, the Democrat-led House Judiciary Committee moved a step closer to getting their way, as they voted to subpoena Mueller’s unredacted report, despite Attorney General William Barr’s willingness to hand over the report in mid-April.

The move was met with uproar from Republican members of the committee who called the subpoenas “reckless” and even referred to the subpoenas as “the death rattle of the Democrats’ Russian collusion lie.”

Just hours after news of the approved subpoenas circulated, Brad Parscale retweeted a video that was posted by Washington Examiner, and exposed a conflicting side to Nadler that puts his recent aggressive behavior into question.

The video features a much younger Rep. Nadler from back during the period of President Bill Clinton’s impeachment proceedings.

In response to the Starr Report, Nadler said, “It represents statements that may or may not be true by various witnesses, salacious material. It represents all kinds of material that it would be unfair to release.”

This is all followed by a more recent Nadler replying “No” when asked if there should be a middle ground in negotiating redactions. President Trump is also seen exposing Nadler’s flip-flopping behavior. Video Below

Beyond obvious. The swamp at its best. Horrible. https://t.co/9u0cV4Gxmb