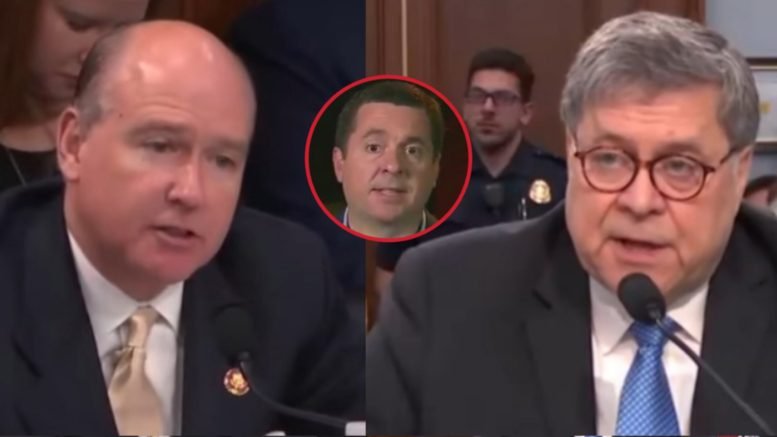 The official purpose of the hearing, which was being conducted by the House Appropriations Commerce, Justice, Science, and Related Agencies Subcommittee, was to discuss Barr’s fiscal year 2020 spending request for the Department of Justice. However, Democrats and some Republicans chose to spend their time instead, chasing shiny objects and worrying about the Mueller report summary.

The subcommittee’s ranking member, Rep. Robert Aderholt (R-AL), questioned Barr about whether the DOJ will be investigating the origins of the government’s Russia probe and about the use of the salacious and unverified Steele dossier in the pursuit of surveillance warrants. This is exactly what Democrats want to bury and hide.

Barr confirmed that the department’s Office of Inspector General has a pending investigation of the legal processes under the Foreign Intelligence Surveillance Act, or FISA, and that the IG’s report will be released in a couple months.

Barr also noted he is reviewing the conduct of the investigation, and trying to get his “arms around all of the aspects of the counterintelligence investigation.” (Continued Below)

On Sunday, the top Republican on the House Intelligence Committee, Rep. Devin Nunes (CA), revealed his plans to submit eight criminal referrals to the Justice Department this week. Barr responded to a question about the referrals.

When asked if he was investigating who leaked the existence of a FISA order against Carter Page, Barr said that he hasn’t seen the referrals from Rep. Nunes yet.

However Barr announced, “If there’s a predicate for an investigation, it’ll be conducted.” (Video Below)