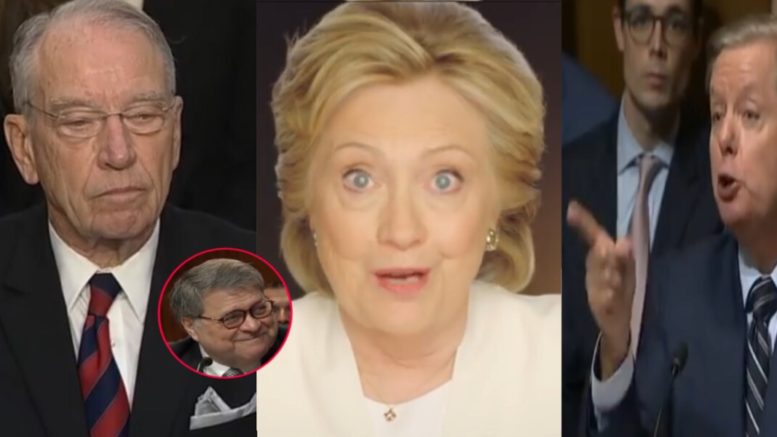 This comes as Robert Mueller’s witch hunt has come to an end, and there is no collusion between the Trump campaign and Russia.

Sen. Graham has repeatedly vowed to gather new details on both the FBI’s investigation into Hillary Clinton’s use of a private email server and whether the DOJ violated the law in obtaining FISA warrants against Trump associates during the 2016 race for the White House.

“Now that the Special Counsel’s investigation has concluded, we are unaware of any legitimate basis upon which the Department can refuse to answer the Judiciary Committee’s inquiries,” the Senators wrote.

In a letter sent to Attorney General William Barr on Tuesday, Graham, Grassley, and Johnson argue the Justice Department can no longer cite the ongoing Russian interference investigation as a reason not to comply with their demand for a briefing. (Continued Below)

As reported by the Washington Examiner, the Republicans previously requested information on a classified appendix to the Justice Department inspector general’s report titled, “A Review of Various Actions by the Federal Bureau of Investigation and Department of Justice in Advance of the 2016 Election,” that was released in June 2018.

The 568-page inspector general report found former FBI Director James Comey was “insubordinate” and “affirmatively concealed” his intentions from Justice Department leadership during the investigation into Clinton’s private email server. The report also slammed former FBI investigator Peter Strzok and FBI lawyer Lisa Page, who were having an affair with each other, for anti-Trump tweets that suggested “a willingness to take official action to impact the presidential candidate’s electoral prospects,” reported Washington Examiner. (Continued Below) 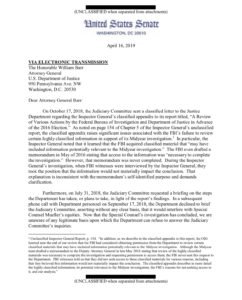 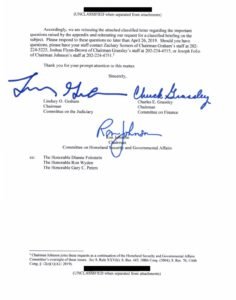