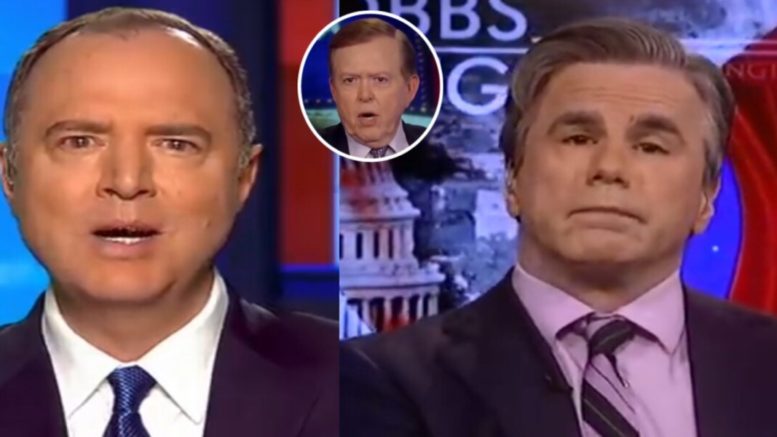 Fitton also blasted Chairman of the Intel Committee, Adam Schiff (D-CA), who is entrusted with classified information and remains as the committee’s Chair.

During the interview, Lou Dobbs began his pivot to the crimes that were actually committed and turned the attention to the people who committed them — not the people who did not commit crimes, namely the Trump administration.

Asked about President Trump’s remarks in that, “This should never happen to another President”, in reference to him being set up, framed, and investigated– in what Trump called a “witch hunt,” Fitton said that “it’s going to require significant investigations and criminal charges where appropriate, to make sure that future government bureaucrats don’t decide to engage in coup operations against the elected president or attacking the political opponent of the presidential candidate you favor.”

Fitton noted there has to be accountability and transparency and expose everything that went on. “The Deep State is hiding behind classifications to keep key documents secret. The President can take steps there to open the flood gates and turn to transparency,” he said.

The Judicial Watch President continued, “We have to also recognize who the bad guys are and don’t pretend they’re not bad guys. Because there are a lot of public officials including people like Congressman Schiff, who have knowingly lied for years about Russia collusion.” (Continued Below)

Tom Fitton wants to know why Adam Schiff is still Chairman of the Intelligence Committee.

“Why is Adam Schiff still Chairman of the Intelligence Committee? He does not have the ethical mores to maintain the Chairmanship, nor can he be trusted certainly, with classified information,” Fitton explained. (Continued Below)

Fitton also went on to say that the harassment continues toward President Trump from Democrats through targeting and subpoenas.

“No President has been under siege the way this President has in such a lawless way, and it’s based on politics, not because of misconduct.” He expressed.

Lou Dobbs said that the Democratic party is working with many officials who remain in senior positions within the DOJ and the FBI that are trying to cover up their crimes. “They are trying to escape consequence and punishment for those crimes,” Dobbs asserted.

Fitton agreed and noted that the harassment has to stop. “Schiff should be subpoenaing himself! Certainly, the Democratic minority and now, majority, was conspiring with Fusion GPS and their friends in the Deep State to take out President Trump.” He added, “We also have to recognize the President is a crime victim here.” (Continued Below)

On the subject of the Mueller report, Fitton said that Attorney General Willaim Barr has handled it with excellence and saw immediately through Mueller’s gamesmanship and smear job by announcing that the collision doesn’t exist and the obstruction gossip doesn’t pass muster.

“Now he needs to start impaneling grand juries and go to town. And as I say ‘be transparent and be sure that the Justice Department is reformed in a significant fashion.’ The Justice Department has been the center of the storm, in terms of targeting President Trump.” Fitton suggested.

He concluded that the President should turn the table on Congress and start asking for documents about how they’ve been interacting with the intelligence community so he can figure out what to do in terms of reforming and making recommendations to Congress.

“Why is Congress immune from oversight? It’s about time Congress answered to the America people as well.” Fitton recommended. (Video Below)

(Related: Fitton Exposes Why Dems Are So Upset About The ‘Spying’ Label Given By Barr: ‘They’re Hiding Something’)