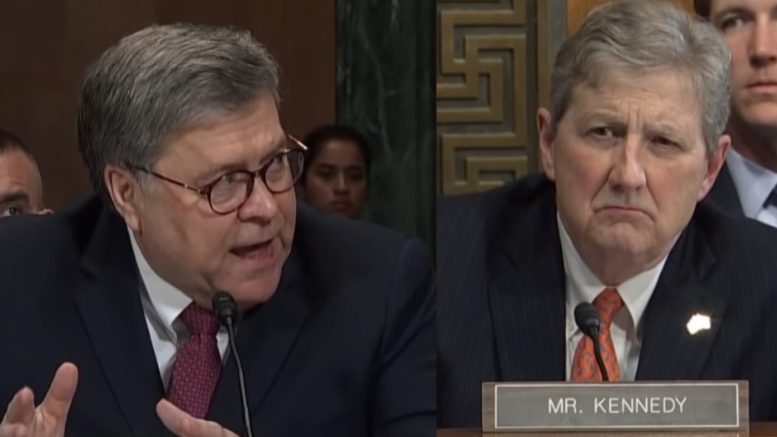 Kennedy had a barrage of questions for Barr, but the most significant part came when the subject arose regarding Mueller’s rumored complaint on Barr’s letter.

Barr said Mueller was primarily concerned about press coverage stemming from Barr’s summary of the report findings, and he (Mueller) felt it should be “remedied” by putting out more information. In other words, as Kennedy put it, Mueller was concerned that the letter wasn’t “nuanced” enough, which Barr agreed.

Barr said he fixed that problem by putting out the full report.

He went on to say, “That’s why I think this whole thing is sort of mind-bendingly bizarre because I made clear from the beginning that I was putting out the report, as much of the report as I could.”

“And it was clear it was gonna take three weeks or so, maybe four to do that,” Barr continued. “And the question is ‘What’s the placeholder?’ And the placeholder, in my judgement, was the simple statement of what the bottom line conclusions were.” Video Below

Barr added, “I wasn’t gonna be in the business of feeding out more and more information, as time went on to adjust to what the press was saying.”

Related Article: Barr Drops The Mic On Sen. Whitehouse When Pressed On The Word ‘Spying’: ‘Well, It’s A Commonly Used Word by Me’

Then when asked by Kennedy if that was his call to make, Barr replied, “Absolutely.”