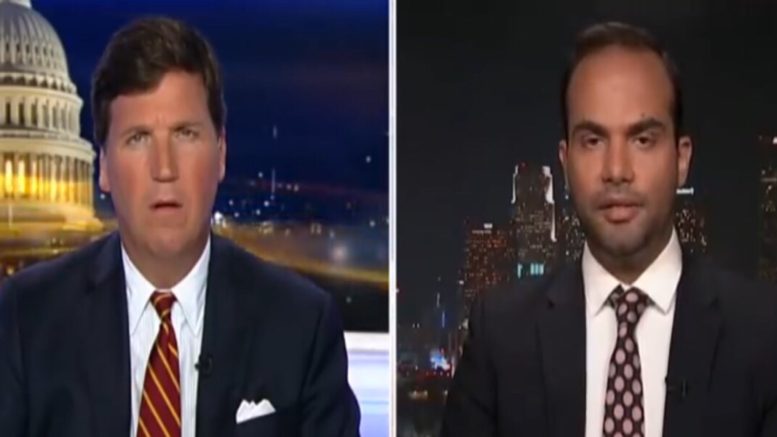 An informant working for U.S. intelligence posed as a Cambridge University research assistant in September 2016 to try to probe George Papadopoulos, then a Trump foreign policy adviser, on the campaign’s possible ties to Russia, according to The New York Times.

On Thursday, Papadopoulos told Tucker Carlson Fox News that the informant tried to “seduce” him as part of the “bizarre” episode.

As Fox News reported, the Thursday report in The New York Times cited individuals familiar with the Justice Department’s ongoing Inspector General (IG) review of the intelligence community’s actions in the run-up to Donald Trump’s election as president.

Attorney General William Barr suggested that “spying did occur” during the presidential race, and he doubled down before the Senate Judiciary Committee on Wednesday.

The Times reported that the FBI sent a woman using the alias Azra Turk to meet Papadopoulos at a London bar, where she asked, conspicuously and directly, whether the Trump team was working with Russia. (Continued Below)

Papadopoulos said that he “immediately thought she was an agent, but a Turkish agent, or working with the CIA,” and “that’s why I never accepted her overtures and met her again after London. London became a very bizarre hangout spot for me that year.”

He added that Turk was trying to “seduce” him in an effort to “make me slip up and say something that they knew I had no info on,” and that Turk was “very flirtatious.”

Papadopoulos told Fox News that he saw Turk three times in London: once over drinks, another over dinner, and then once with Stefan Halper, the Cambridge professor who has been a longtime FBI informant. The Times noted that Turk had apparently been sent to oversee Halper, and possibly to provide cover for Halper in the event Turk needed to testify. (Continued Below)

Papadopoulos said during his interview that The New York Times reported that Turk was “some sort of agent” but added, “I don’t think she was FBI, and I think she was CIA.”