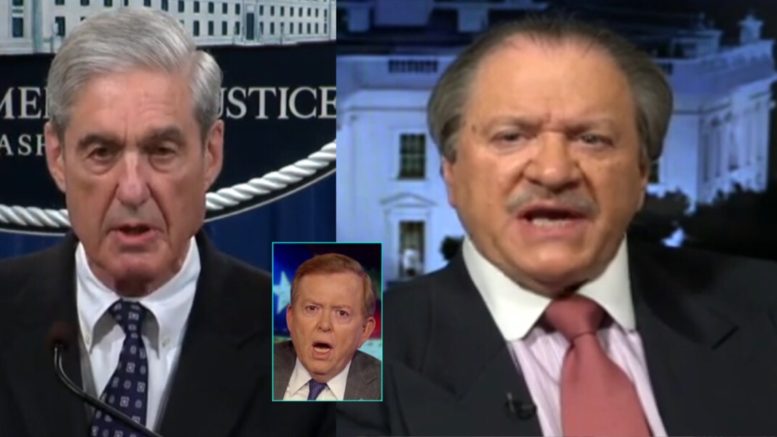 Victoria Toensing and Joe diGenova joined host Lou Dobbs on Fox Business Thursday where they weighed in on Robert Mueller’s public briefing about the Russia investigation.

diGenova believes that Mueller should be immediately disbarred for his outrageous slander of the President during his farewell statement.

On Wednesday, Robert Mueller stepped to the podium where it was obvious his intent was to muddy the waters to give congressional Democrats a path for their impeachment nonsense.

diGenova believes Mueller’s press briefing was vindictive, abusive, unprofessional and unethical under the Bar association and Department of Justice rules. “[Mueller’s] statement was adolescent and juvenile. Just as his 438-page report was. Unprofessional, illogical,” diGenova said.

(Related: Levin Reacts To Mueller’s Briefing: ‘This Whole Damn Thing Has Been A Setup’)

“The notion that he would say, ‘If we had the confidence that the President didn’t commit a crime we would’ve said that,’ he continued. “He should be disbarred for having made that statement in public! That is an outrageous accusation!” [Emphasized] (Continued Below)

diGenova explained that President Trump is presumed innocent until he is charged convicted of a crime.

“Robert Mueller stood the constitution on its head,” diGenova suggested. (Video Below)

Robert Mueller’s conclusion in his report: 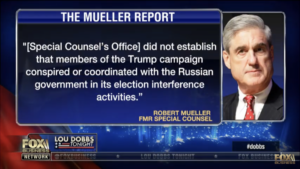 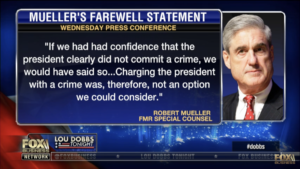 (Related: Fitton Reveals Why It’s Time For Mueller To Be Investigated: Comey & Mueller Are ‘Two Peas In A Pod’)