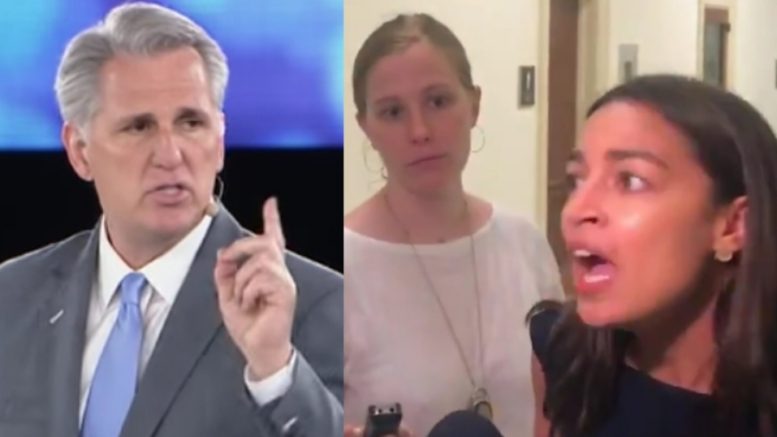 McCarthy initially slammed Cortez over the concentration camp comparison and said that America deserves an apology from her for taking it such an extreme.

When pressed on his response, Cortez tried turning the tables on McCarthy after she told reporters that he should actually be the one doing the apologizing.

“That’s what he should apologize for,” she continued. “And until he stops supporting the dehumanizing conditions on our border, I will not apologize for holding him to account for it.”

McCarthy took to Twitter and fired back a truth bomb at Ocasio-Cortez.

He stated, “You and other Democrats have blocked funding 17 times for humanitarian aid at the border.”

Related Article: McCarthy Reacts To AOC’s ‘Concentration Camp’ Remarks: ‘She Needs To Know What History Is’

“Want to end the crisis? Fund the Department of Health and Human Services and Build The Wall,” McCarthy concluded. See Below

You and other Democrats have blocked funding 17 times for humanitarian aid at the border. Want to end the crisis? Fund @HHSGov and #BuildTheWall. https://t.co/WzT5BQhoHr