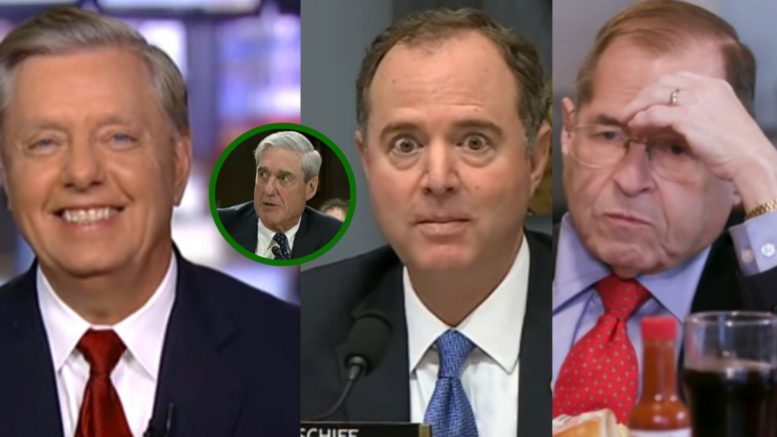 On Tuesday evening, Senator Lindsey Graham reacted as news broke that Robert Mueller agreed to testify in front of members of Congress in an open hearing on July 17.

Committee chairmen, Adam Schiff and Jerry Nadler, made the announcement of Mueller’s decision after they each handed down a subpoena ordering him to testify.

Graham began his reaction to the news by stating that it’s been “case-closed” for him since the Mueller report was released.

In regards to House Democrats’ decision to order Mueller to come forward for testimony, Graham said, “They can do anything they want to in the House, and I think it will blow up in their face.”

“This will blow up in their face. The conclusions can’t change,” he continued.

“There is no collusion–that’s what the whole thing was about to begin with. There’s nobody on earth that can bring an obstruction case based on these facts,” Graham said. Video Below

Graham declared, “This President did nothing to stop Mueller from finding the truth.” Video Below