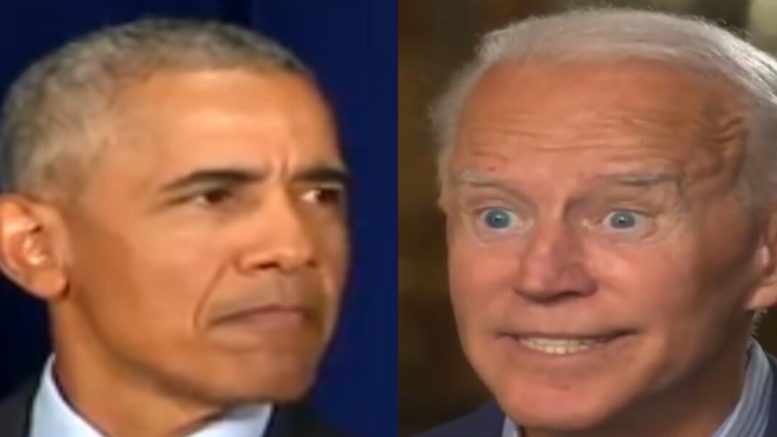 Former Vice President Joe Biden spoke with CNN’s Chris Cuomo, during an interview that aired on Friday, where he claimed that Russian meddling did not happen on his or former President Barack Obama’s watch.

Biden, a 2020 presidential contender, made the claim despite years of media scrutiny over Russian interference in the 2016 election, which would have taken place while he and Obama were in office, as per The Daily Caller.

“You think that would happen on my watch or Barack’s watch? You can’t answer that, but I promise you it wouldn’t have, and it didn’t,” he claimed. [Emphasized]

Biden’s references to the Eastern European countries come after Secretary of State Mike Pompeo urged countries in Central and Eastern Europe to resist Chinese and Russian influence during a speech in Warsaw, Poland, on Feb. 12, reported Daily Caller. (Continued Below)

Biden accused the administration of weakening NATO and strengthening Putin in Friday’s CNN interview. President Donald Trump demanded that NATO countries increase their defense commitments to the alliance in July 2018, per DC.

President Trump took to Twitter May 1 where he questioned Obama’s response to 2016 Russian interference.

“Why didn’t President Obama do something about Russia in September (before November Election) when told by the FBI? He did NOTHING, and had no intention of doing anything!” President Trump declared. (Continued Below)

In April, Tom Fitton, President of Judicial Watch, spoke with host Lou Dobbs on Fox Business where they discussed the spying controversy.

“Never in American history has there been such a spy effort against a candidate and an abuse of power by an administration targeting its political opposition. Never before, not [Richard] Nixon, not [Lyndon B.] Johnson, never before.” Fitton expressed.

“And Barack Obama… this is his legacy, this corruption!” he declared. [Emphasized]

Fitton noted that none of it would’ve happened without Obama’s permission. “He condoned it, he certainly was running it out of the White House; the text messages show that, and the big dossier meeting just before President Trump was inaugurated. [The meeting] included Obama, Biden, Susan Rice, James Comey. I’d like to see those four come under oath and answer some questions about what they knew and when about this false dossier,” Fitton stated.

The point is: Biden denied that Russian interference happened under his watch, but in fact, it did happen. The Mueller report states it. Further, Democrats, Hillary Clinton, the DNC, and the Deep State were all involved with Russian lies to smear President Trump with the phony Steele dossier. That’s also interference.

So, whose watch was it? (Video Below)

Why didn’t President Obama do something about Russia in September (before November Election) when told by the FBI? He did NOTHING, and had no intention of doing anything!

*Notice that Chirs Cuomo does not correct Joe Biden on Russia interference.

(Related: Joe Biden Weighs In On Facing Pres Trump In A Debate: ‘I’d Smack Him In The Mouth’)