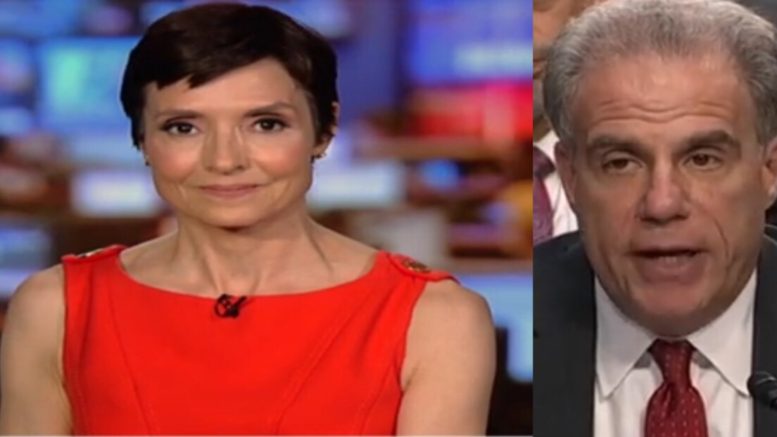 According to Fox News’ Sean Hannity, the investigation into the Deep State’s abuse of power has now come “full circle.”

Hannity announced on Tuesday night, “Fox News can now confirm, Christopher Steele, the former MI6 agent, who created the dirty, Clinton bought and paid for Russian dossier was in fact, grilled by federal prosecutors in June, that reportedly lasted over 15 hours and conducted by lawyers that were working for the DOJ’s Inspector General, Michael Horowitz.”

He explained that this is why the Inspector General’s report is being delayed, along with some key witnesses that have come forward at the last minute and decided to cooperate.

“This is going to get very interesting, but make no mistake about it, a crucial development in the IG’s investigation into FISA abuse– that would be James Comey, Sally Yates, Andrew McCabe, and yeah, even Rod Rosenstein should be very worried. We know for a fact that Steele’s dirty dossier, bought and paid for by Hillary Clinton, was unverified as a matter of fact, unverifiable!” Hannity exclaimed.

He went on to note that the dossier was full of “salacious lies”, and even Christopher Steele himself, previous admitted under oath, that he had no idea whether any of the contents were true or not. (Continued Below)

“Now Robert Mueller, try and understand… maybe we’ll find out next Wednesday, why did you and your team have time for FARA violations, loan applications from years gone by, taxi medallions, taxes from years gone by? How did you possibly ignore Hillary Clinton’s bought and paid for Russian lies, used to get a warrant to spy on the Trump campaign, the Trump transition, and the Trump Presidency?” Hannity asked.

“Of course we also know, Christopher Steele hated Donald Trump and was being paid a ton of money. He was being paid by the Clinton campaign, the DNC, the FBI, and some oligarch. Steele spread his BS anti-Trump rumors to anyone and everyone that would listen, including high-level officials in the FBI, the DOJ, Obama’s State Department, the intel community and we know now multiple media outlets.” Hannity said.

After Steele was fired, “he was still using Bruce Ohr to funnel more lies, this time, to Robert Mueller and his team of witch-hunters,” Hannity added, noting that many red flags were raised, but James Comey used the dossier, filled with lies, as the basis of the FISA application to spy on the Trump campaign,” in which he swore the evidence was verified and true. (Continued Below)

“The former British spy Christopher Steele was concerned that he would get ‘thrown under the bus in the Inspector General’s report,’ and the appointment of U.S. Attorney John Durham to investigate the origins of the Russia probe ramped up the pressure on Steele to cooperate,” she said.

Herridge further explained that a key witness outside of the FBI and Justice Department had agreed to talk with the Inspector General, Michael E. Horowitz, at the eleventh hour, “and that it now appears to be [Christopher] Steele. [He] was interviewed in the U.K. in June, by three lawyers from the Inspector General’s office, and required some witnesses to be re-interviewed to deconflict their accounts.” [Emphasized] (Continued Below)

“Flagging another potentially significant detail–[is] that Steele was apparently interviewed twice by investigators working for Special Counsel Robert Mueller in September 2017. But, the nearly 500-page report makes no direct reference to the so-called Steele dossier used to secure the surveillance warrant for the Trump campaign aid,” Herridge said. [Emphasized]

“The Mueller report calls the dossier instead, ‘Steele reporting’ or ‘Steele reports,’ which has the effect of ‘minimizing’ the fact that Democrats paid for the opposition research used by the FBI and DOJ to secure that surveillance warrant in October 2016, and then they used it again to secure multiple renewals, she stressed. [Emphasized]