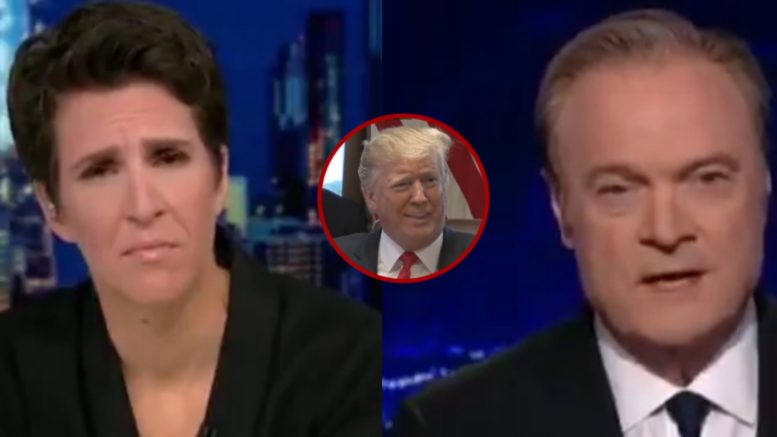 O’Donnell said he has “sources” who know Deutsche Bank has information related to President Trump that involves “Russian oligarchs” assisting his business dealings.

O’Donnell’s revelation came as Deutsche Bank said in a court filing “that it has tax returns relevant to House Democrats’ subpoenas for financial records of President Trump, his family and his businesses,” according to The Hill.

“And that the co-signers are Russian oligarchs,” O’Donnell declared as Maddow dramatically sunk back in her seat. Video Below

The claim by O’Donnell comes just months after it was determined from former Special Counsel Robert Mueller’s findings that there was no collusion between President Trump’s campaign and the Russian government.

Mueller’s findings shattered the collusion hoax that was perpetrated by several mainstream news sources including MSNBC, CNN and others, which has led to a drop in ratings.

Keep your eyes peeled to see if other mainstream sources take O’Donnell’s new unverified claim about President Trump and Russia and run with it!