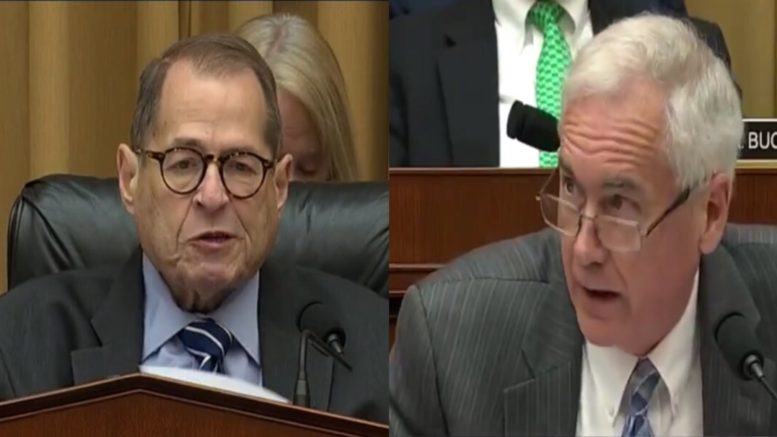 House Judiciary Democrats on Thursday ramped up their “Trump impeachment push” after returning from their August recess, as they “set the ground rules for a formal committee inquiry,” but Republicans, however, called out the Democrats effort to once again “pull a fast one” on the American people, before the committee voted.

Rep. Tom McClintock (R-CA), however, took issue with House Democrats in their impeachment push as they set the ground rules for a formal committee inquiry.

McClintock during his argument, “double-dog dared” Democrats on the committee challenging them to call a vote on the impeachment of President Trump.

As reported by Fox News, McClintock was apparently fed up with Democrats seemingly dancing around the issue of whether to actually pursue impeachment, arguing that they want the “illusion of impeachment without the reality.” (Continued Below)

“Resolve that the House authorizes the Judiciary Committee to conduct an inquiry into the impeachment of the President,” he continued.

“It’s that simple. I dare you to do it. In fact, I double-dog dare you to do it! McClintock declared. “Have the House vote on those 18 words and then go at it. Why won’t you do that? It’s because you want to give the illusion of impeachment without the reality. [Emphasized]. (Video Below)

.@RepMcClintock: “If the majority wants to exercise the House’s power of impeachment, all you’ve got to do is ask the House to do so. . . . Have the house vote on those 18 words and then go at it. Why won't you do that?” pic.twitter.com/XusxN57vru