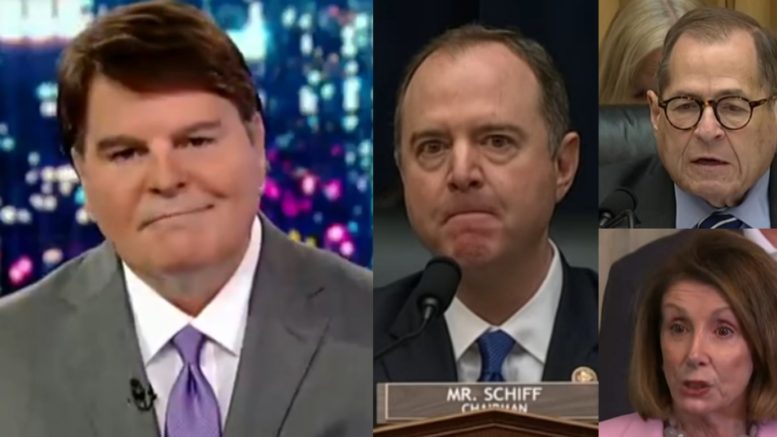 Legal analyst Gregg Jarrett joined Judge Jeanine on her Saturday night program where he weighed in on all of the latest action involving the attempt by Democrats to impeach President Trump over a phone call with Ukraine.

Judge Jeanine cut right to it, and she asked Jarrett: “Did the President commit an impeachable offense?”

Jarrett answered by first pointing out that career prosecutors at the Department of Justice have already looked at the case involving President Trump’s phone call with Ukraine President Zelinsky and found there was “no crime, no violation of campaign finance laws.”

Since Democrats have no real crime to go by, they’re now trying to focus on “abuse of power” as the reason for impeaching the President, according to Jarrett.

“Democrats are now embracing this amorphous term ‘abuse of power,’ which they believe they can pick any reason at all, however vacuous, and say this is an abuse of power,” Jarrett said.

He then explained that it is the Democrats who are actually abusing their power by using principles that are “fundamentally wrong.” Video Below

“This is exactly what our framers feared,” Jarrett said. “That politicians from an opposing party could seek to evict a President out of personal animus or a political difference. And that’s fundamentally wrong.”

“The President’s conversation was a proper exercise of power, not an abuse of power,” he declared. “It is the Democrats who are abusing their power of impeachment.” Video Below