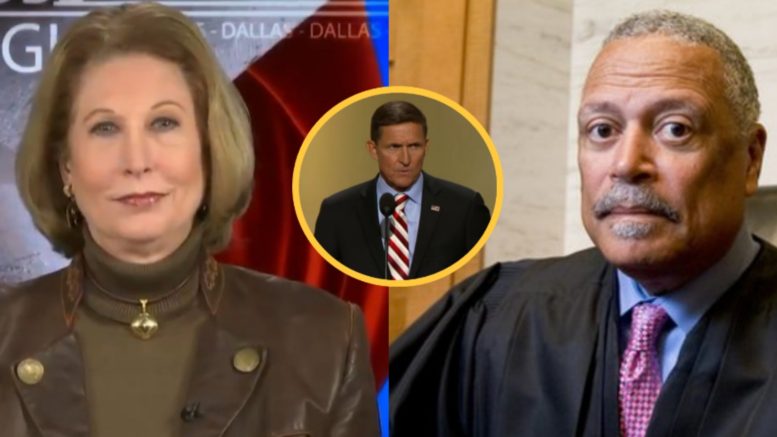 Michael Flynn’s attorney Sidney Powell joined Lou Dobbs of Friday to discuss the motion she recently filed with the intent of having the prosecution’s case dismissed.

In her 37-page motion, Powell laid out questionable tactics used during Flynn’s investigation & alleges that former FBI agents manipulated official records of their 2017 interview with Flynn, who was the national security adviser, which led to him being charged with lying to investigators.

Powell also brought forth a text message from Peter Strzok where he admits a “pretext” for interviewing Michael Flynn. She argued that the FBI never told Flynn that he was under investigation, and they went to great lengths to keep Flynn relaxed and make it appear as if he wasn’t under investigation when setting up his interview, even telling him that no counsel was needed.

She also pointed out how after Flynn gave his interview, FBI agents had the “firm belief” that he didn’t lie.

“The Obama Administration and the Comey FBI completely perverted any sense of justice here with the assistance of the Department of Injustice, as we shall call it for the time being,” Powell said to Lou Dobbs. “That has got to be rectified.”

“We have to remember that Judge Sullivan has recently started seeing the real facts in this case. He didn’t know any of this until I filed it yesterday,” she proclaimed. Video Below

“We have a hearing on November 7, in which he will decide something on the basis of the motions that we have just filed,” Powell continued. “And, I think it could be quite stunning because he does not like it when the government does not produce all of the exculpatory evidence the defense is entitled to. And here we have documented time and time again where they have failed to do that.”

“I think if there’s any integrity left in the U.S. Attorney for the District of Columbia and the Department of Justice at all, they will themselves move to dismiss this outrageous case against General Flynn before November 7,” she declared. Video Below