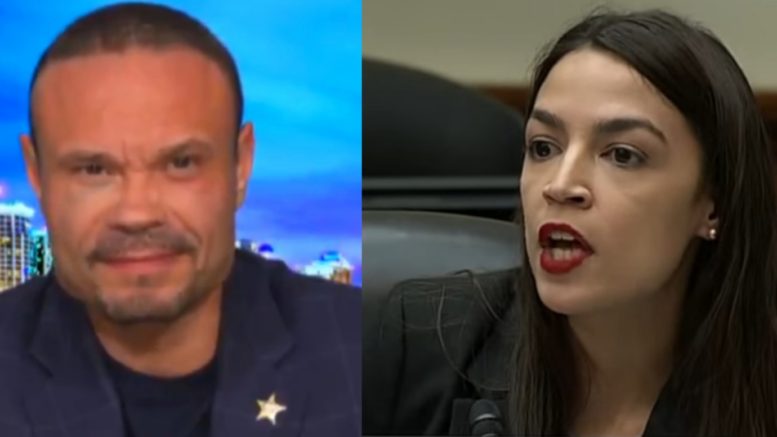 While joining Judge Jeanine on Saturday, Dan Bongino discussed his belief that Democrats are committing “political suicide” by following through with the impeachment of President Trump.

Democrats are just one round of votes away from making Donald Trump the third president in history to be impeached — a move that Bongino labeled as “tactically stupid” for Democrats in the long run, as he thinks it will all backfire in the 2020 election.

Judge Jeanine suggested Democrats can’t really be stupid enough to follow a game plan that is set for failure, and there has to be some sort of smarts behind their current tactics. However, Bongino disagreed.

“Listen, I get it. I was with you a few years ago — that I don’t agree with the Democrats but they’re not tactically stupid,” Bongino said to Judge Jeanine.

“I don’t know. I think the AOC wing of the party has pulled them into just this stupid phantom zone,” Bongino proclaimed. Video Below

“And, I mean stupid tactically,” Bongino continued. I don’t mean like intelligence…and IQ. I just think AOC and this group has them believing that America is a far left country.”

“It’s just not true. I mean, I don’t know where they got this from, but it’s totally inaccurate,” he said. “If they continue this, they may be in for a big, brutal upset.”

“Could you imagine if the President takes the states he did last time and then adds New Mexico and Minnesota in the mix?” Bongino asked. “Again I’m not in the predictions game, but that would be a slap in the face, politically, like we haven’t seen in decades.” Video Below

“It’s political suicide!” @dbongino joined me tonight to discuss the dems’ impeachment delusion as they move to formally charge the president. pic.twitter.com/Sg3FTXDRDN