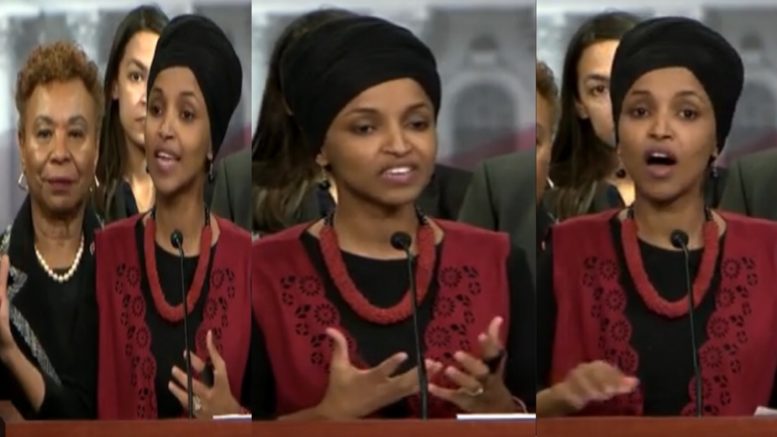 Rep. Ilhan Omar (D-MN) complained on Wednesday after being briefed on the U.S. airstrike that killed Iranian Qassem Soleimani, saying that she feels ill and “stricken with PTSD” because of the recent events surrounding Iran.

Omar further declared the attack on Soleimani was “motivated by blind ideology”, and that the Commander in Chief has surrounded himself with people who have “been itching to go to war with Iran”.

“I feel ill a little bit because of everything that is taking place. And I think every time I hear about conversations around war, I find myself being stricken with PTSD,” Rep. Omar claimed.

“Since he got into the office, the president of the United States has been goating Iran into war. First, he canceled our best shot at avoiding armed conflict, the Iran Nuclear Deal. Then, he announced crippling sanctions to starve the innocent people of Iran,” she decried, without mentioning her support for sanctions on Israel with the BDS movement.

“And whether he publicly says he wants nothing to do with wars, or that he wants to end endless wars, we know that his actions are contradictory to his statements because every single person he’s surrounded himself with, has been itching to go to war with Iran,” Omar further claimed without circumstantial evidence.

“And this is a man who is both an arsonist and a fireman. He starts a crisis, then he wants to create the appearance of wanting to solve it. … Our ability to also fight ISIS has been eroded because of the suspension of the Iran Nuclear Deal,” she said. (Continued Below)

“The occupant of the White House has not done a single thing to stabilize the region. He has done everything to create more tension. We are no more safer today then we were yesterday,” Omar said.

“It is clear from this briefing and what we have heard from this administration, that this attack was motivated by blind ideology and not facts,” the Minnesota congresswoman declared. [Emphasis added]. (Video Below)