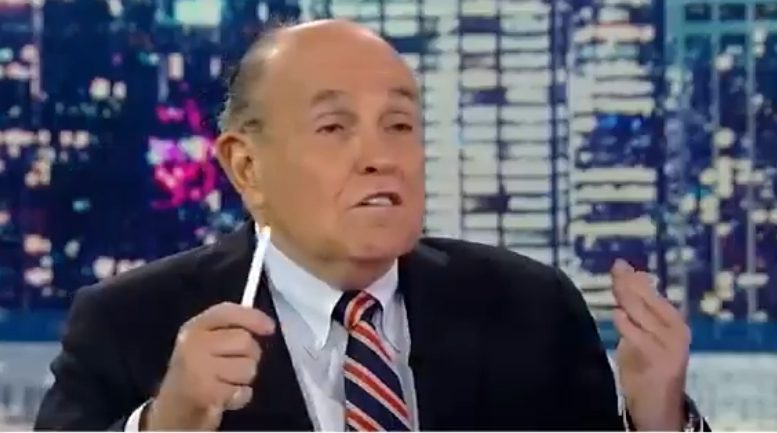 On Saturday, Rudy Giuliani revealed a way in which the two articles of impeachment against President Trump could get dismissed at the start of the Senate impeachment trial.

Giuiani described the possible scenario while appearing for an interview on Justice With Judge Jeanine.

Because he thinks the case against the President is so weak and he was never charged with an actual crime, Giuliani thinks there’s a chance Chief Justice Roberts could throw the case out.

All it would take, according to Rudy, are the necessary rules being put into place by Senate Majority Leader Mitch McConnell and someone filing a motion to dismiss before the trial had a chance to see its way through.

“Suppose somebody charged me with not looking nice tonight, and brought me on trial in front of the New York Supreme Court. Well, I don’t look nice tonight but I’d move to have the case dismissed. It would be dismissed,” Giuliani said.

The rules are set by the Senate,” Giuliani continued. “Then, the chief justice interprets the rules. The chief justice will be given the power to dismiss. It will be dealt like a trial.”

Rudy said the chief justice would respond to any motion to dismiss at the very beginning of the trial, under the scenario he laid.

As an example, he said if you had a case for a null indictment, such as being indicted for eating ice cream, “you would say, ‘Your Honor, this is an indictment by a grand jury, purports to be voted on by the grand jury and signed by a judge. They must’ve been insane when they did it because it’s not a crime. I move to dismiss the indictment.’ The judge looks at it and says, ‘Counselor, you are correct. Case dismissed.'” Video Below

" The Chief Justice has the power to dismiss the impeachment case." – @RudyGiuliani pic.twitter.com/xD2XA9oYbY