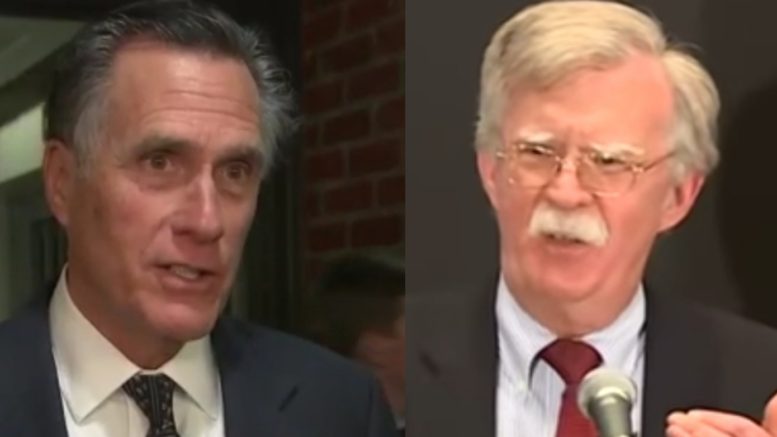 Romney made the statement while speaking with reporters in regards to his stance on whether or not witnesses should appear during the trial.

“I support the Clinton impeachment model, which is vote on witnesses later,” Romney said in a video that aired on MSNBC’s Hardball With Chris Matthews.

He continued, “But as to which witnesses I’d want to hear from and so forth, that’s something which I’m open to until after the opening arguments.”

Asked if John Bolton is included among the witnesses he’d like to hear from, Romney replied, “Including John Bolton, yes.”

“I mean, he’s someone I would like to hear from,” Romney said. “Presumably, I’ll get a chance to vote for that.” See Below

Related Article: Romney, Murkowski & Collins Reportedly Back McConnell On Starting Trial Without Witnesses: “We Have The Votes”

In a pair of tweets, Sam Brodey of the Daily Beast posted notes of all remarks Romney made while speaking with reporters.

Those notes can be seen below.

Romney then acknowledged this stance will be… confusing: pic.twitter.com/Z2nwHydx4R