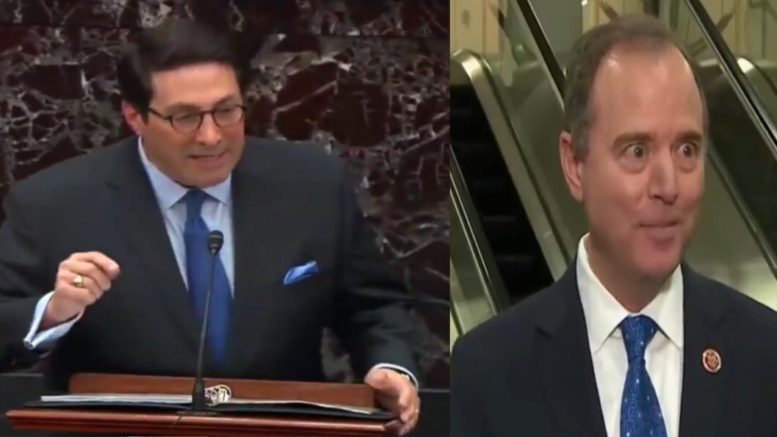 Jay Sekulow, President Trump’s chief counsel, highlighted the bias Tuesday against the president pertaining to FISA abuse, which was revealed in Inspector General Michael Horowitz’s report, that came out in December and listed more than 17 significant inaccuracies and omissions with the FBI’s Crossfire Hurricane probe into Trump’s campaign. The malfeasance appeared to occur during the FBI’s application for a Foreign Intelligence Surveillance warrant on Carter Page.

Prior to the release of the FISA report, Inspector General Horowitz released a report pertaining to former FBI Director James Comey after he “leaked material to the press”, which onset the Mueller probe. The IG report said that Comey “violated standard procedures” during his time in the Trump administration; stating he set a “dangerous example” after leaking.

“Members, managers here– managers at this table right here said that any discussions on the abuse from the foreign intelligence surveillance act, utilized to get the FISA warrants from the court, were conspiracy theories,” Jay Sekulow announced to the Senate.

In 2018, Rep. Adam Schiff (D-CA) called the Nunes memo prepared by the then-Republican majority of the House Intelligence Committee outlining allegations of FISA abuse against the Trump campaign, a “conspiracy theory” that suggested, “a cabal of senior officials within the FBI and the Justice Department were so tainted by bias against President Trump that they irredeemably poisoned the investigation.”

“I told you at the very beginning– I asked to put yourselves in the shoes of not just this president, but any president that would have been under this type of attack,” he urged. “FISA warrants [were] issued with people affiliated with [Trump’s] campaign, American citizens affiliated with people of his campaign, citizens of the United States being surveilled, pursuant to an order that has now been acknowledged by the very court that issued the order, that it was based on a fraudulent presentation,” he explained.

“In fact, evidence specifically changed– changed by the very FBI lawyer who was in charge of this,” Sekulow noted, referring to Kevin Clinesmith, a then-FBI lawyer who was part of special counsel Robert Mueller’s team. (Continued Below)

“Supervisory Special Agent 2,” who swore to an affidavit for all three FISA renewals against Page in 2017, told Horowitz’s investigators that on the third renewal he wanted “a definitive answer to whether Page had ever been a source for another U.S. government agency before he signed the final renewal application,” the Washington Examiner reported.

While in contact with what was reportedly the CIA’s liaison, Clinesmith was reminded that back in August 2016, predating the first Page warrant application in October 2016, the other agency informed the FBI that Page “did, in fact, have a prior relationship with that other agency.”

An email from the other government agency’s liaison was sent to Clinesmith, who then “altered the liaison’s email by inserting the words ‘not a source’ into it, thus making it appear that the liaison had said that Page was ‘not a source’ for the other agency” and sent it to “Supervisory Special Agent 2,” Horowitz found. “Relying upon this altered email, [Clinesmith] signed the third renewal application that again failed to disclose Page’s past relationship with the other agency,” Horowitz wrote, as per Washington Examiner. (Video Below)

Sekulow pointed out that the foreign intelligence surveillance court issued two orders after Clinesmith made misrepresentations to the national security division and a federal court. “The federal court,” he stressed. “The foreign surveillance court. A court where there are no defense witnesses. A court where there are no cross-examination. It’s a court based on trust. That trust was violated.”