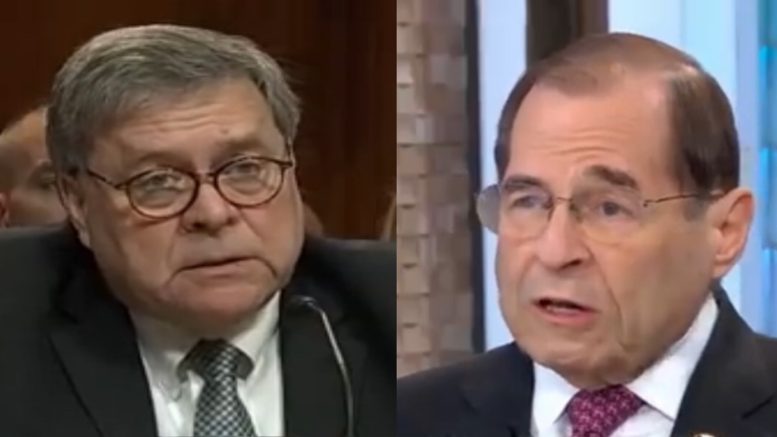 House Democrats are also seeking interviews with the four prosecutors who had resigned from the Roger Stone case after the DOJ submitted an amended filing to reduce Stone’s sentencing.

In his letter, Rep. Jerry Nadler requested a long list of Justice Department officials for testimony or interviews who oversaw matters involving associates of the president.

“These circumstances are deeply troubling. Although you serve at the President’s pleasure, you are also charged with the impartial administration of our laws. In turn, the House Judiciary Committee is charged with holding you to that responsibility,” Rep. Nadler wrote in part.

Some of the officials the House Judiciary Chairman is seeking to interview are U.S. Connecticut attorney John Durham, who was taped by Attorney General Barr to review the origins of the FBI’s probe of Russian interference in the 2016 election; Jeff Jensen, the U.S. attorney for the Eastern District of Missouri, who Barr selected to review Flynn’s case; Robert Khuzami, the former New York-based prosecutor who oversaw the case against Trump’s former personal lawyer Michael Cohen; and Richard Donoghue, the U.S. attorney for the Eastern District of New York, who Barr picked to review all matters related to the Ukraine scandal.

Nadler is further requesting interviews or testimony from the four Stone prosecutors who had resigned: Aaron Zelinsky, Adam Jed, Michael Marando, and Jonathan Kravis. (Continued Below)

Rep. Nadler asked that the Attorney General respond to his requests by March 13. Meanwhile, Barr has reportedly agreed to testify before the House Judiciary Committee next month amid Democratic criticism over Barr “taking charge” of the Roger Stone case.

“The Democrats’ request today is yet another attempt to distract from the job they’ve failed to do, which is reform FISA and finally address the abuse that has plagued our nation over the last three years,” said Rep. Doug Collins. (Continued Below)

“The only political interference our committee should be examining is the FBI’s unlawful surveillance of Carter Page and the Trump campaign. The fact that Democrats sent these requests just two days after canceling our FISA markup and putting our national security at risk is further proof that they care about one thing and one thing only: Attempting to take down President Trump,” Rep. Collins added.

Democrats are playing games with #FISA reform because they don’t want to acknowledge the fact that our intelligence community abused its power to attack @realDonaldTrump’s 2016 campaign. pic.twitter.com/0guA1VGBeB 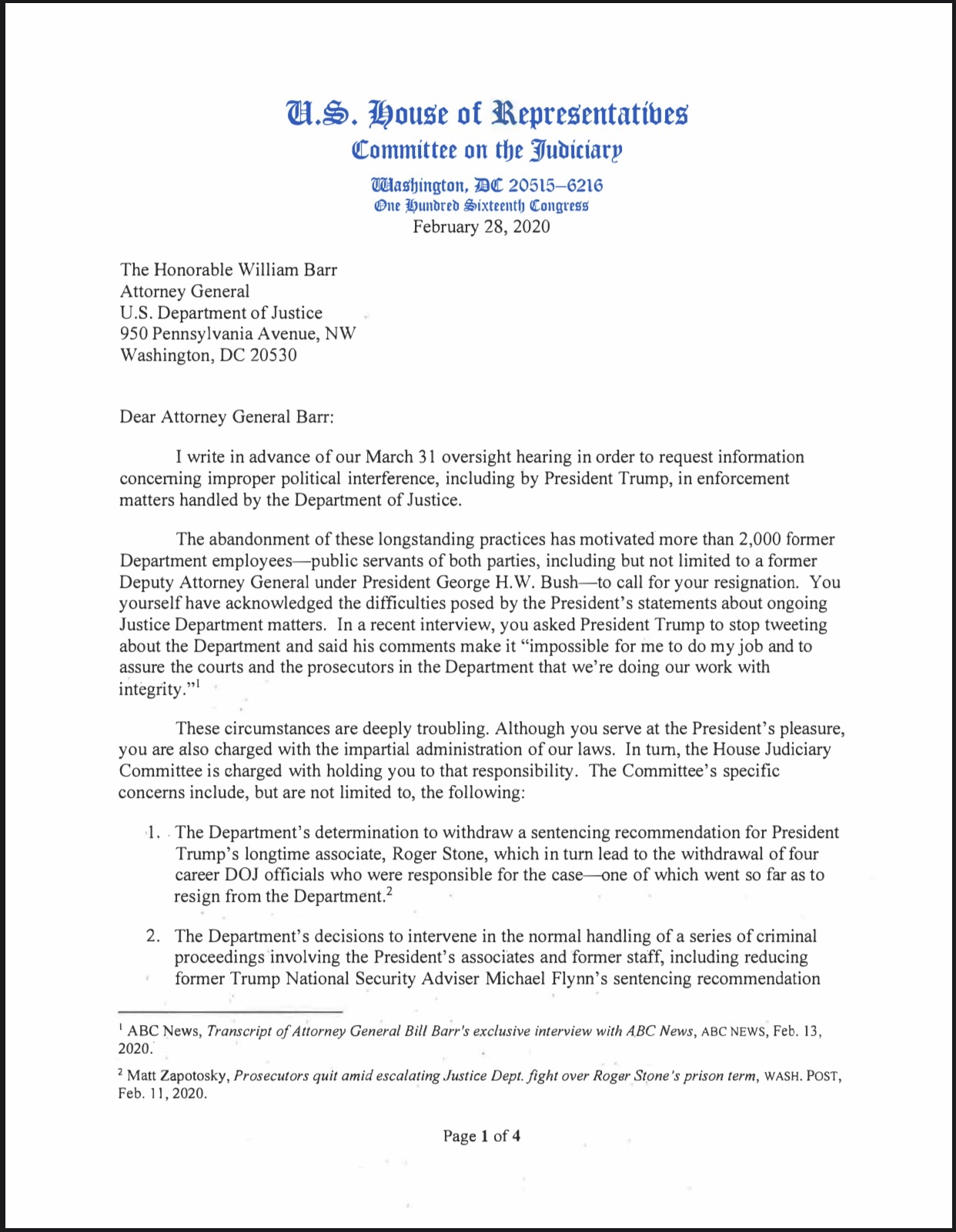 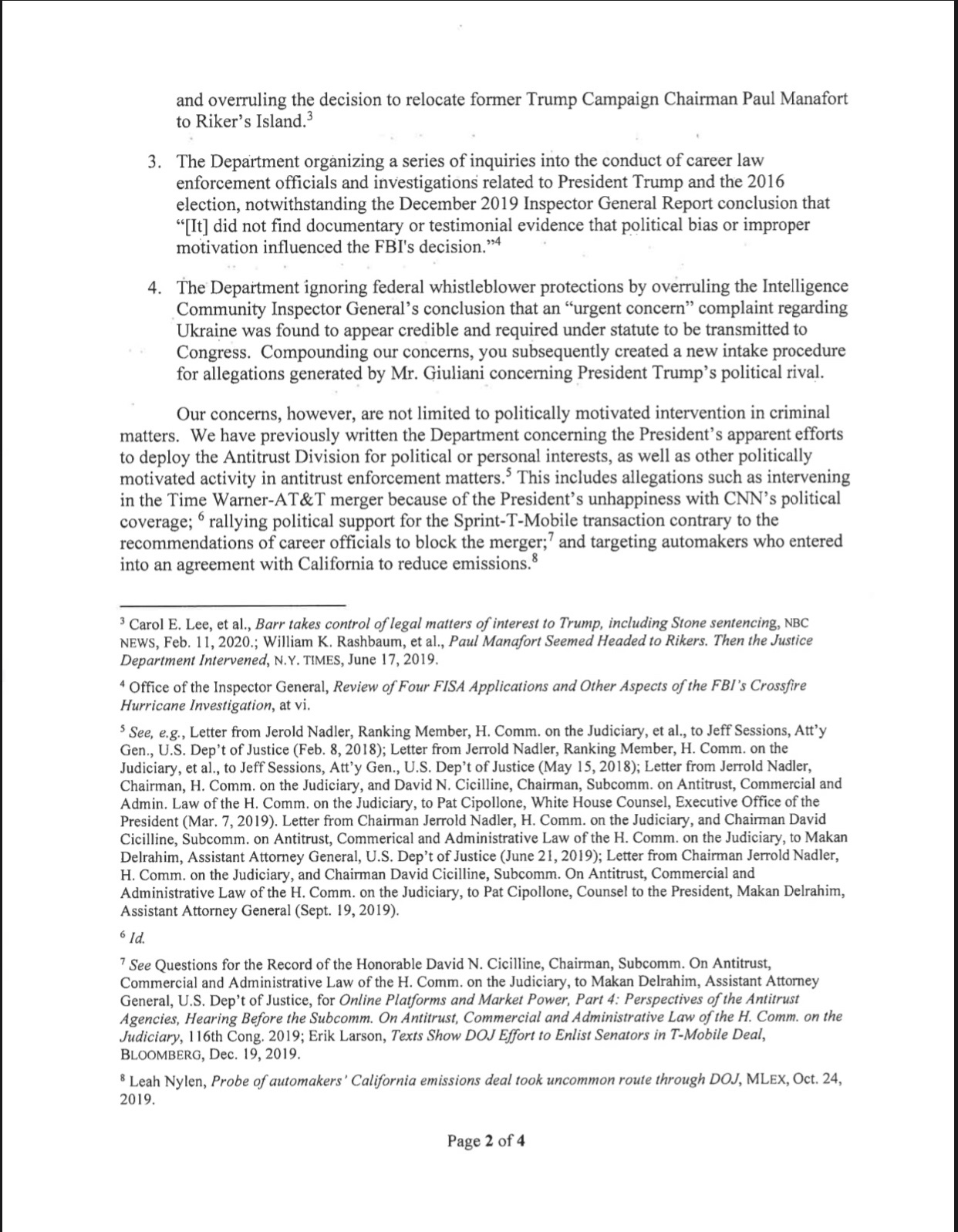 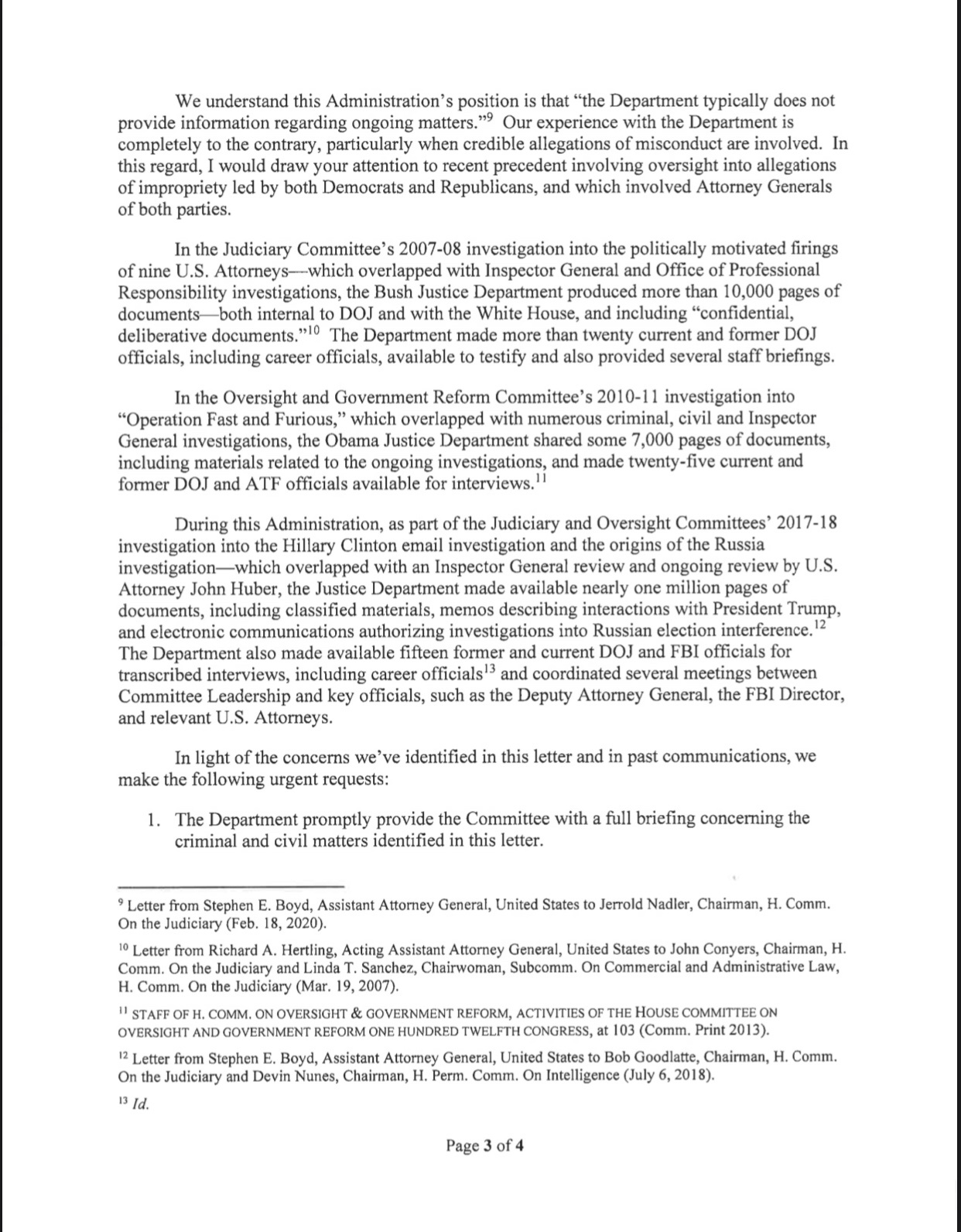 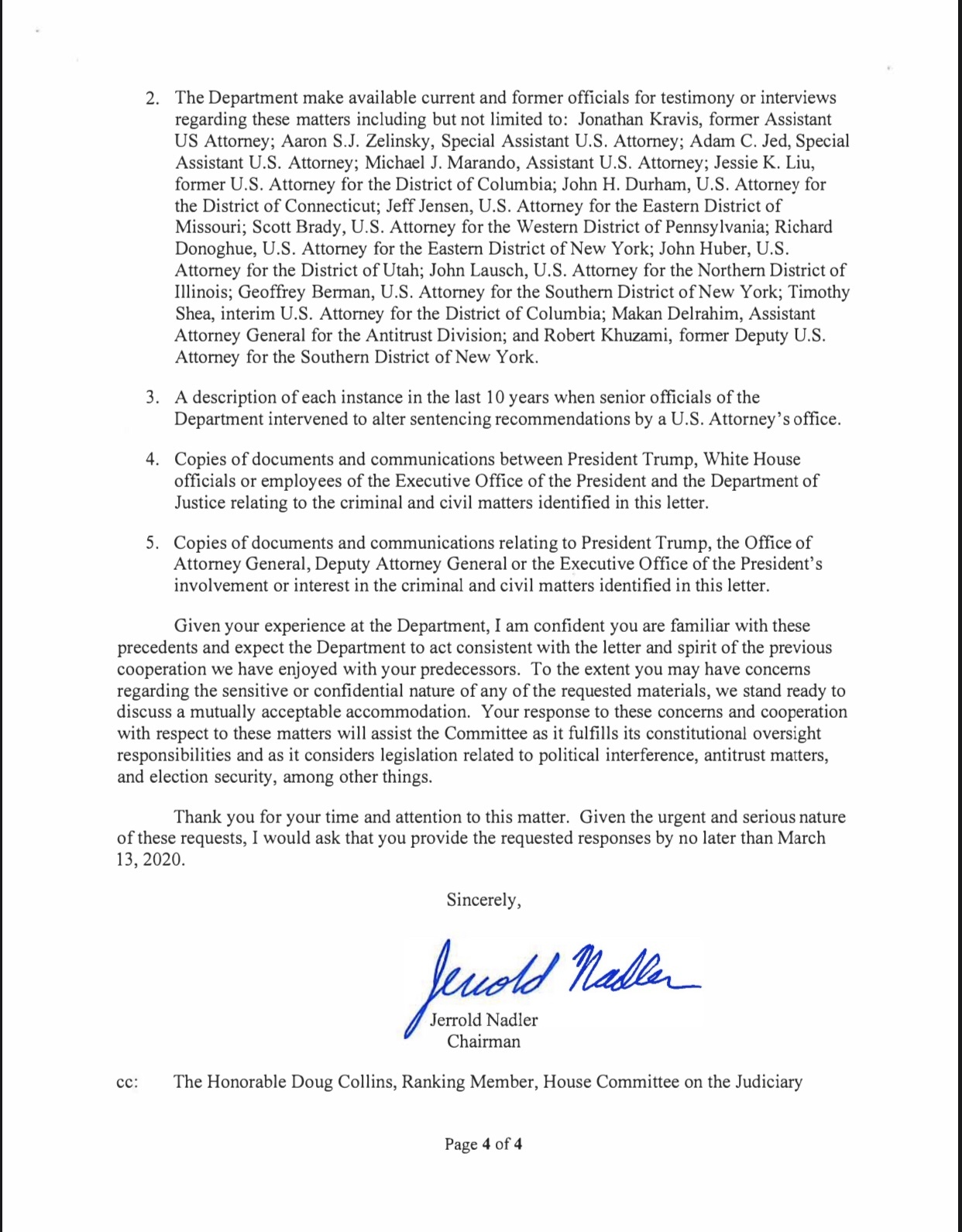