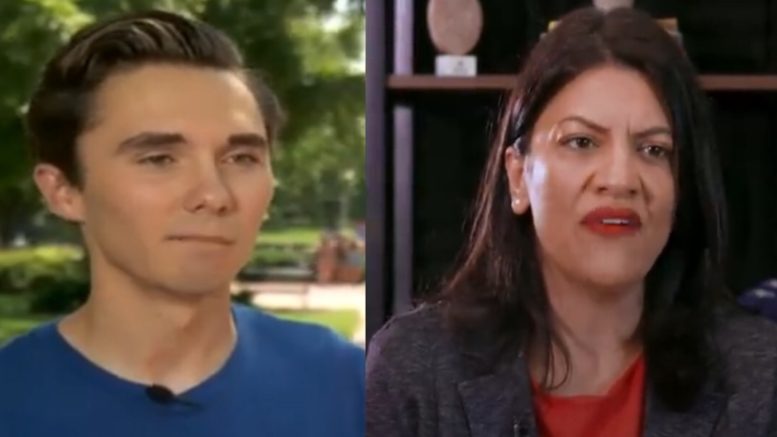 President Donald Trump took to Twitter on Friday to announce March 15 as a “National Day of Prayer”, for all Americans affected by the coronavirus pandemic and for our national response efforts.

“It is my great honor to declare Sunday, March 15th as a National Day of Prayer. We are a Country that, throughout our history, has looked to God for protection and strength in times like these,” the president tweeted. “No matter where you may be, I encourage you to turn towards prayer in an act of faith. Together, we will easily PREVAIL!”

On Saturday, Dr. Ben Carson the Secretary of Housing and Urban Development, brought up the “National Day of Prayer”, during a news conference, as the White House coronavirus task force gave an update on COVID-19.

Dr. Carson told reporters during the briefing, “President Trump is going to be recommending a ‘National Day of Prayer’. And you know, we’ve gotten away from prayer and faith a lot in this country.”

Rep. Rashida Tlaib (D-MI), over the weekend, had retweeted David Hogg’s tweet, which she ultimately deleted after coming under fire.

Catholic League President Bill Donohue took issue with Rep. Tlaib’s tweet and has appealed to the House Ethics Committee to reprimand the Michigan congresswoman after her “obscene assault on people of faith.”

“As president of the largest Catholic civil rights organization, I am requesting the House Committee on Ethics to issue a letter of reprimand to Rep. Rashida Tlaib,” Mr. Donohue wrote in a letter addressed to Rep. Ted Deutch (D-FL), the chairman of the committee. (Continued Below)

Donohue called out Rep. Tlaib for retweeting Hogg including the phrase “F**k a National day of prayer,” saying that by doing so the Michigan Democrat has “targeted entire collectivities, crossing the line by insulting Catholics, Protestants, Jews, Mormons, Muslims and people of all faiths.”

“In a time when the nation is trying to come together, Rep. Tlaib is attacking the faithful,” Donohue also noted. “At the very least, the House Ethics Committee should reprimand her. … To do nothing is to send the wrong message to millions of Americans.”

On Monday, Rep. Talib tried to explain on Twitter why she retweeted Hogg’s message.

“Let me be clear as someone who has been praying through this all & as someone who attended the National Prayer Breakfast. My retweet was not to be an attack on prayer. It was to bring attention to the need for meaningful action to combat this public health crisis,” she claimed. (Continued Below) 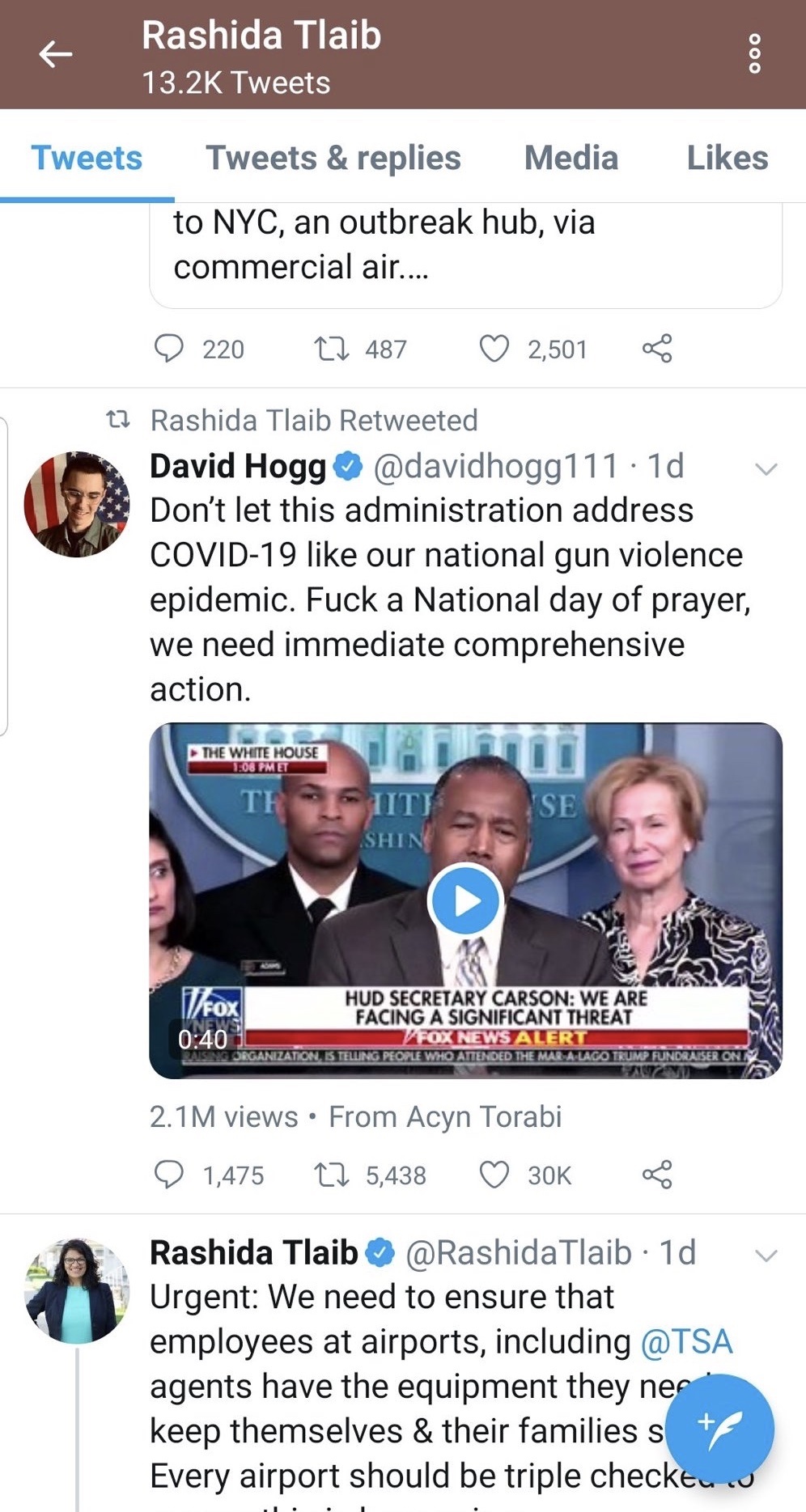 ➡️ Economic stimulus for individuals, families and our local communities.

(Related: Rep. Tlaib To Those Who Are Against Abortion: “Maybe You Shouldn’t Even Want To Have Sex With Me … Or Any Woman”)