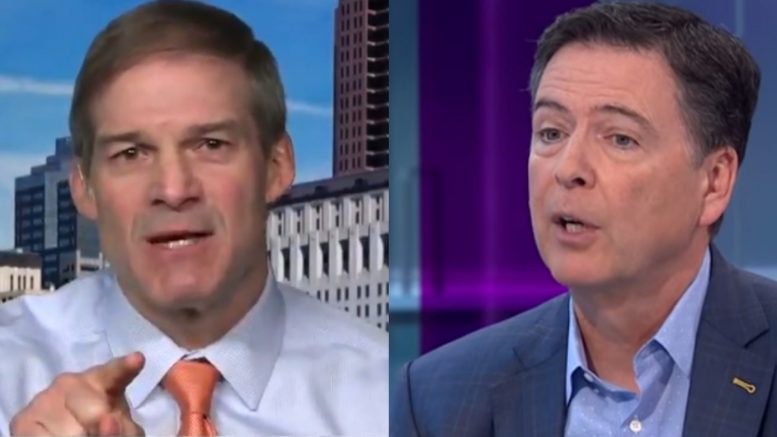 Jim Jordan weighed in on the viral subject of ObamaGate on Monday while appearing along with Rep. Andy Biggs on Lou Dobbs Tonight.

The hashtag #ObamaGate began trending over the weekend after newly released transcripts indicate former President Obama may have played a major role in the case against General Michael Flynn, and quite possibly the so-called ‘coup attempt’ against President Trump.

Jordan layed out a timeline showing why he believes that President Obama was implicated in a  conspiracy to undermine President Trump.

While there are still many questions on Obama’s involvement, which is expected to be revealed in the coming days, Rep. Jordan is still pushing for special prosecutor John Durham to investigate former FBI Director James Comey, who he believes was “at the heart” of the plot against President Trump.

“I hope they’re still looking at Jim Comey cause Jim Comey is the common denominator here through this whole thing,” Rep. Jordan said.

“He’s the one who told us early in July of 2016 ‘Hillary Clinton did all of these wrong things, but we’re not gonna prosecute,” he continued. “That same month, they launched this investigation into President Trump with no basis, a bunch of garbage — this crazy Russian dossier that they knew was garbage. So Jim Comey is at the heart of every single bit of this thing.  I hope that’s who they’re pursuing.”  Video Below