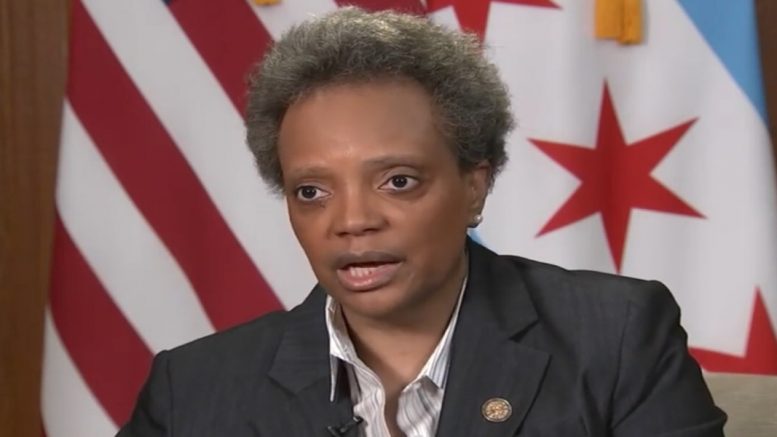 During a conference call with all 50 aldermen on May 31 to discuss the city’s response to the looting, Ald. Raymond Lopez accused Chicago Democratic Mayor Lori Lightfoot for being unprepared when looting and widespread violence spread from downtown to the neighborhoods that weekend.

A source provided CBS 2 with audio from a conference call the mayor held with aldermen that day, in which Lopez said the mayor’s office needed to come up with a better plan to protect the neighborhoods in the coming days.

The call in Chicago was held Sunday, May 31. That day alone, there were 699 arrests — primarily looters —  132 officers injured, 48 shootings and 17 homicides, according to CBS Chicago, as well as widespread damage to businesses and other property.

“My ward is a s–t show,” one alderman said. “They are shooting at the police.”

“Once they’re done looting and rioting and whatever’s going to happen tonight, God help us, what happens when they start going after residents? Going into the neighborhoods? Once they start trying to break down people’s doors, if they think they’ve got something,” he said. Continued Below

“We know that people are here to antagonize and incite, and you’ve got them all pumped tonight, today. They’re not going to go to bed at 8 o’clock. They’re going to turn their focus on the neighborhoods. I’ve got gang-bangers with AK-47s walking around right now, just waiting to settle some scores. What are we going to do, and what do we tell residents, other than good faith people stand up? It’s not going to be enough,” Lopez explained.

When he demanded she respond to the remarks, Lightfoot told him he was “100 percent full of s–t.”

Lopez shot back: “Well, f–k you then. Who are you to tell me I’m full of s–t? Maybe you should come out and see what’s going on.” Video Below

“If you think we’re not ready, and we stood by and let the neighborhoods go up, there’s nothing intelligent that I could say to you,” Lightfoot said. “That is the stupidest thing I have ever heard. I understand you want to preen.”

“Mayor, you need to check your f***ing attitude. That’s what you need to do,” Lopez fired back.

Here is part of the audio that can be heard, which is circulating on social media. Warning: The following audio contains profanity.

I'm sorry, Chicago. You're screwed. This is your Mayor.

The full conference call can be heard HERE.