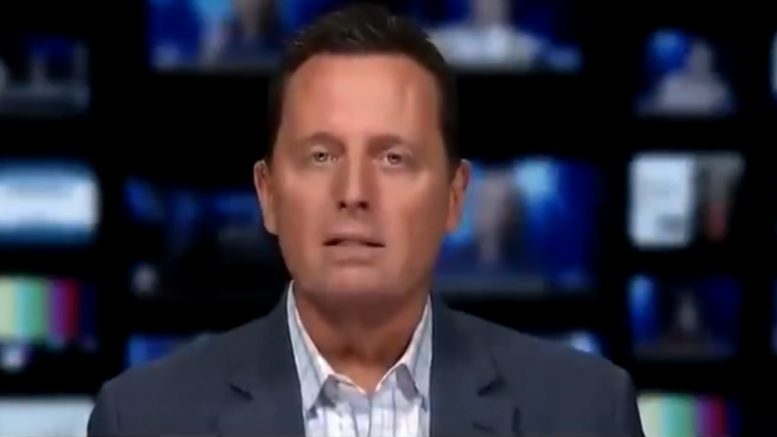 Former Acting Director of National Intelligence Richard Grenell is losing his patience with intel agencies who are “playing games” by not releasing critical information that would delegitimize the Trump-Russia investigation, which dragged on for over two years.

While being interviewed by Fox Business host Elizabeth MacDonald, Grenell revealed that agencies other than the FBI had “red flags” that showed the Trump-Russia probe was based on a bunch of “baloney,” and he said some officials tried to stop the probe in it’s early stages after seeing the bad information. He then called on the agencies to be transparent with the information that he knows they have, but are refusing to release.

“The people who were looking at the information, in full, recommended that they stop it. This should have been stopped,” Grenell said.

“The FBI is not the only agency that had red flags and that had individuals stepping forward to say, ‘This is baloney.’ And those other agencies should come forward and declassify the documents that they are hellbent on not releasing,” he declared.

.@RichardGrenell says The FBI is not the only intelligence agency that had red flags and people stepping forward saying this was baloney. These other agencies need to step up and declassified the documents so the American people can see. pic.twitter.com/6pFTRtvRBi

In ending, here is a clip of Grenell doubling down on his demand for transparency:

.@RichardGrenell The more information we get the better and we do have more documents the tell a bigger story. pic.twitter.com/TBmdFm1C08