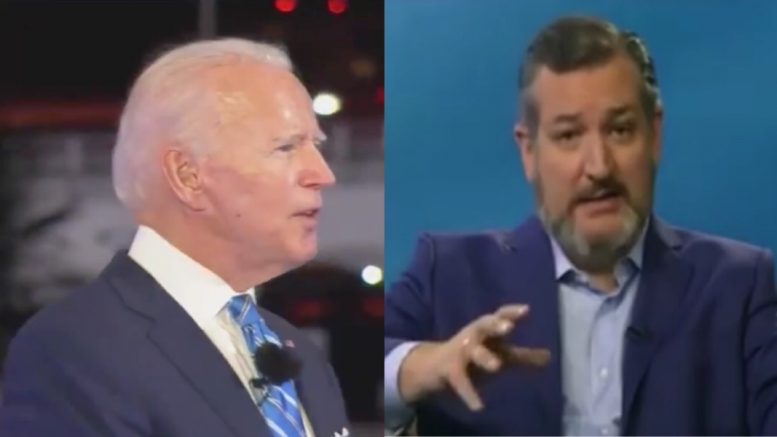 During a Monday NBC townhall, Democratic presidential nominee Joe Biden suggested that police officers should be accompanied by a “psychologist or psychiatrist” for the ride, when on a 911 call, adding that “community policing” is the best strategy.

Biden also claimed that he would bring members of the law enforcement community together with civil rights leaders “and sit down and decide what are the things that need to be done to improve and help police officers” if he is elected in November.

“When your husband goes on a call, that is in fact a 911 call, it’s better if he or she has with them a psychologist or psychiatrist with them, someone who knows how to deal with someone who is not all there,” Biden said.

As president, I'll do what I've always done in the past: bring people together.

Senator Ted Cruz (R-TX) reacted on Twitter early Tuesday morning to Biden’s suggestion of having police officers accompanied by a “psychologist or psychiatrist”.

Cruz tweeted, “When a violent criminal attacks your home, instead of a cop, a shrink will show up to ask him, ‘tell me about your mother.’ That will keep us much safer….”.

When a violent criminal attacks your home, instead of a cop, a shrink will show up to ask him, “tell me about your mother.”

Meanwhile during the NBC townhall on Monday, Biden admitted that he currently does not have the support of law enforcement:

Democratic presidential nominee Joe Biden admitted during an NBC town hall that he no longer has the support of law enforcement when questioned by the wife of a police officer.https://t.co/1zjsaZNnc5 pic.twitter.com/v0GIjLLFZe

Biden also claimed that police officers should have “sensitivity training”:

(Related: Biden: Americans Realize They Could Stay Home During Covid Cause “Some Black Woman Was Able To Stock The Grocery Shelf”)