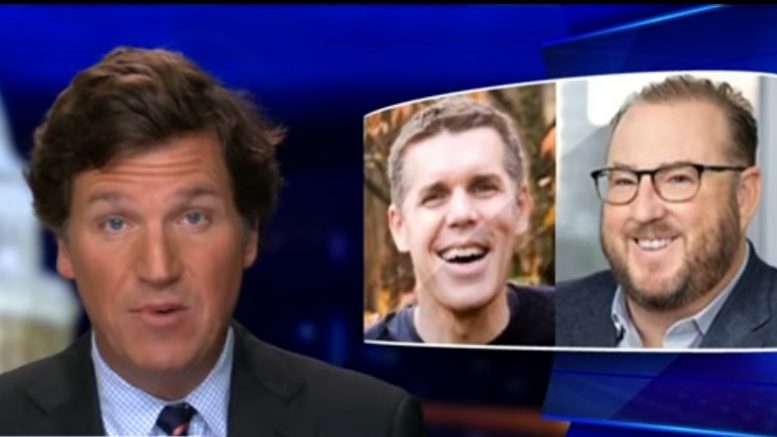 Fox News host Tucker Carlson is now questioning whether or not Joe Biden has already interfered in the federal criminal probe involving business dealings made by his son, Hunter Biden.

Within his first days in office, President Biden conveniently appointed a man by name of Nicholas McQuaid to a leading role in the Justice Department’s criminal division, which also is responsible for conducting the criminal investigation into Hunter Biden.

Tucker revealed that Mr. McQuaid, conveniently, was a business partner to the same guy who is representing Hunter Biden, right before being appointed by President Biden. And he unvelieved the the revelation on his Friday night program, when he stated as follows:

“So who is this Nicholas McQuaid, exactly? Well, this show can tell you that he is a former business partner of Hunter Biden’s new criminal defense attorney — a man called Christopher Clark. Hunter Biden apparently hired Clark in December to help him with the federal investigation into his business dealings — the criminal investigation the DOJ is conducting.

“Both McQuaid and Clark were law partners together at Latham & Watkins. They worked on the same cases right up until McQuaid took the job at the Department of Justice.

“On January 21st of this year — the same day Nicholas McQuaid was featured at the Justice Department’s press release — Latham & Watkins filed a motion in court to withdraw McQuaid as an attorney he was working on with Christopher Clark.

Tucker went on to say that his team reached out to the Justice Department for comment on the bombshell revelation. However, they refused to say whether McQuaid would recuse himself from matters involving the Hunter Biden and his former partner, Christopher Clark, who is representing Hunter. Video Below