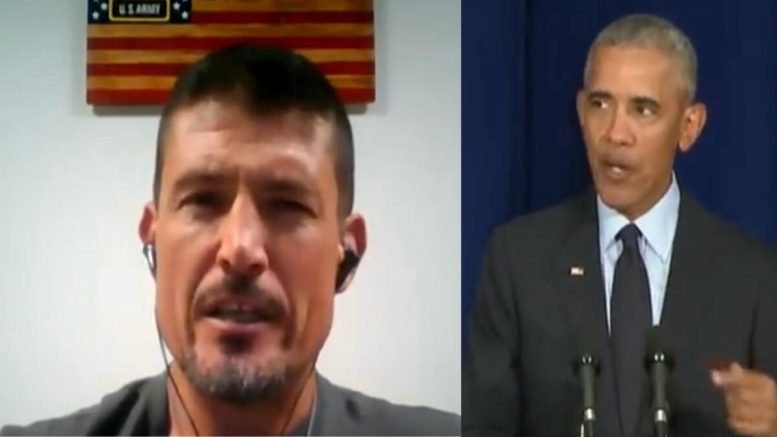 Benghazi hero and former Army Ranger, Kris “Tanto” Paronto, is livid with Obama over his recent shady remarks about “conspiracy theories” amid the 6th anniversary of the 2012 Benghazi terror attack.

Obama said during a speech in Illinois on last week that the politics of “division and resentment and paranoia” has found a home in the Republican Party, while he took jabs at Republicans claiming they have embraced “wild conspiracy theories surrounding Benghazi.” (Video Below)

“To hear Obama say that, it’s just another slap in the face. It makes all of us tremendously angry, because he’s trying to rewrite history and say that Benghazi didn’t happen.” Paronto declared.

Paronto explained this just increases how important it is for Benghazi survivors and the family members of victims to speak up about the truth of what happened on September 11, 2012, following the attack’s aftermath.

Paronto was one of the security contractors who fought to repel terrorists from the besieged American diplomatic compound.

“You had Hillary Clinton say, ‘What difference does it make?’ That was hurtful, that was hurtful to the families. And now you’ve got Barack Obama calling it a ‘conspiracy,'” Paronto continued, saying it is “disgraceful and sickening” that they refuse to honor the families of Christopher Stevens, Sean Smith, Tyrone Woods and Glen Doherty. (Video Below)

Paronto added that Obama and Clinton have failed to take responsibility for their failures before, during and after the attack.

“But then you remember the courage and the sacrifice of especially my teammates Tyrone Woods and Glen Doherty, who gave everything. So, you try to find the positives of it, the positives of the great American spirit and the positives of patriotism, of service members giving of themselves so others may live.” Paronto said.

Do you agree with hero Kris Paronto? Let us know what you think.