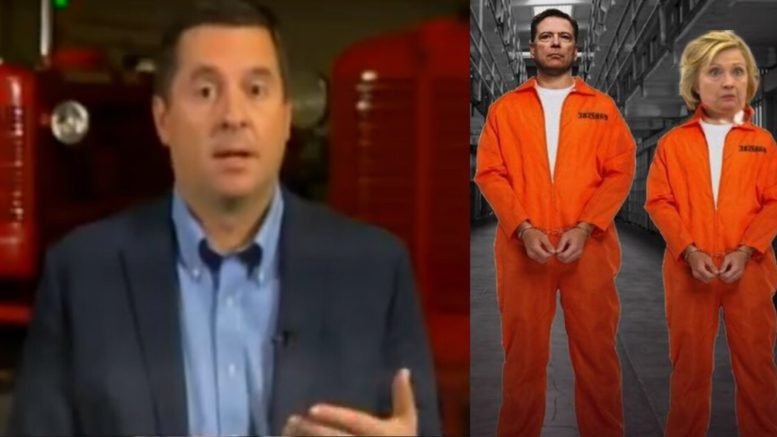 Furthermore, in an EXPLOSIVE reveal – Devin EXPOSES a top Obama-era Lawyer in the dirty Russian dossier scandal. It just gets deeper and deeper down the rabbit hole in the swamp! (VIDEO BELOW.)

The Congressional committees will be interviewing Rosenstein this coming week.

The congressional probe is looking into how the 2016 Presidential campaign was handled by the Department of Justice.

Specifically, last week, James Baker was under grand jury testimony where he “reportedly told investigators there was another source feeding information to the FBI.”

This occurred “before  the agency launched a probe into the Trump campaign,” Bartiromo reported. (VIDEO BELOW.)

The “other source” is revealed and what he did will blow you away!

That’s right. We now know exactly how the dirty unverified Trump Russian dossier fell into the hands of the FBI.

Chairman Devin Nunes connected the dots and said, “James Baker was THE TOP lawyer at the FBI. He reported DIRECTLY TO JAMES COMEY.” (VIDEO BELOW.)

WATCH and stay tuned for more updates as this story continues where the crème rises to the top and the swamp creatures drown to the bottom!

In closing, Nunes ripped the cover off of the cover up crew. Is Comey next at the Grand Jury? What do you think Rosenstein will divulge under oath next week in front of Congress?