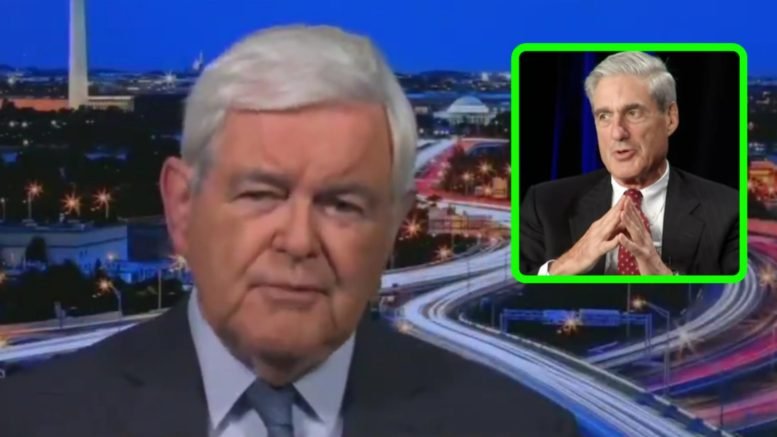 Newt Gingrich tells all about the Witch Hunt and their tacky tactics. Photo credit to Swamp Drain compilation with screen shots.

Newt Gingrich — 50th Speaker of the House from 1995-1999 — has been around Washington D.C. for a long time. And he knows exactly how things work.

In an eye-opening monologue, Newt told us with all honesty about the horrid tactics the Mueller gang is using to bring down the President of the United States.

In a tweet Newt ratted out the subversive Mueller tactics.

Newt begins, “You have to understand Mueller’s not involved in an investigation. Mueller has a Trump destruction project. He brought on a team — all of them — dedicated to destroying Trump.”

“You basically, threaten somebody and say: ‘I’m gonna bankrupt YOU, I’m going to put your son in jail. I’m going to charge you with so many crimes you’ll never get out from under it, now…would you like to talk?’,” Newt told America exactly how Mueller’s pit bulls are squeezing Trump associates.