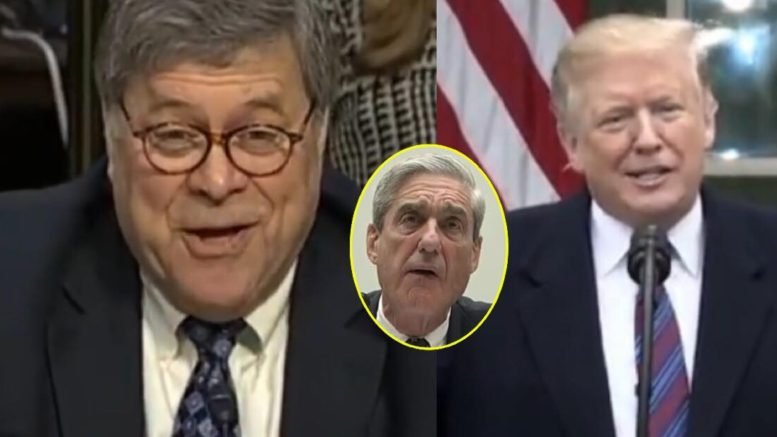 Barr, 68, was nominated by the President to lead the Justice Department in December, after former Attorney General Jeff Sessions resigned at Trump’s request in November. (Videos Below)

During the hearing, Sen. Lindsey Graham cracked a joke about President Donald Trump having his phone number when asking about William’s Barr meeting with President Trump.

Barr told Graham that he had not initially sought out the job for Attorney General.

Barr explained, “My wife and I were looking forward to a bit of respite. I didn’t want to put my head into the meat grinder.” He noted that he had met with President Trump during a morning staff meeting where he gave his take on Robert Mueller, how well he knew him, his integrity, and their relationship.

Barr continued and explained that Bob Mueller is a straight shooter, then noted that the President had asked whether he was considering coming to work with the administration. “I said, actually, Mr. President, right now, I couldn’t do it. My personal and my professional obligations are such that I’m unable to do it. He asked me for my phone number. I gave it to him. I never heard from him again.” (Videos Below)

Graham responded to Barr’s response that he had given President Trump his phone number, “I tried that once.” The room and Barr burst into laughter.

Barr added that he didn’t hear from President Trump again until the offer for the Attorney General position.

President Trump having Lindsey Graham’s phone number has been a running joke since the 2016 Republican primary when, as Graham’s political adversary, Trump gave out Graham’s phone number to the general public. Graham also made a public show of destroying his cell phone once Trump released the number. (Videos Below)

Lindsey Graham on how to destroy your cell phone:

Graham also joked about President Trump having his phone number at a campaign stop in support of Republican Missouri Sen. Josh Hawley during the November midterms.

Trump: "You know, Lindsey, I don't have your cell phone number."
Graham: "There's a reason for that."
@LindseyGrahamSC in MO. @HawleyMO cc @bennyjohnson pic.twitter.com/nTmFXrWKag