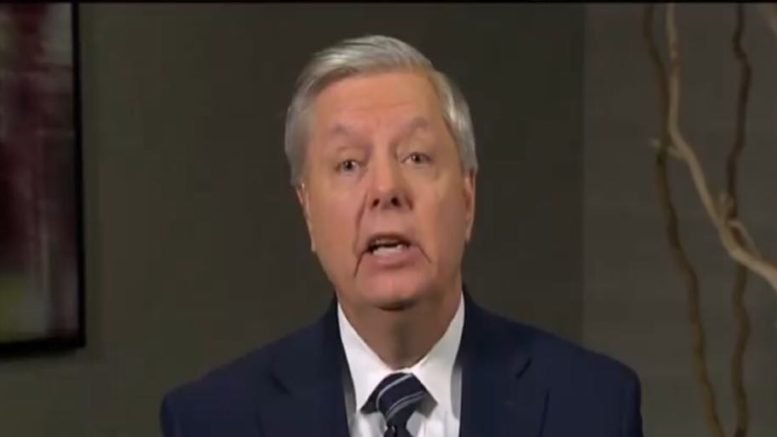 Graham said it would be “one of the most significant moments in American history, if true.” (Video Below)

Andrew McCabe told “60 Minutes” Sunday that Rosenstein was absolutely serious about wearing a wire to record Trump following FBI Director James Comey’s firing in 2017. He also confirmed that he ordered an obstruction of justice probe against the president.

Rod Rosenstein denied that he pursued or authorized recording the president and also has denied McCabe’s suggestion that they discussed invoking the Constitution’s 25th Amendment to potentially remove Trump from office.

(Related: Graham Puts His Foot Down, Vows To Investigate McCabe & Rosenstein: ‘[We’ll] Have A Hearing About Who’s Telling The Truth’)

Sen. Graham stated that he intends to hold hearings and issue subpoenas to figure out “who’s lying” about what happened in May 2017. He said top Justice Department and FBI officials may have started the counterintelligence investigation in 2016 as a backdoor way to get into the Trump campaign. (Video Below)

“So, what I’ll do– oversite is part of my job. We do have checks and balances, so the Congress will watch those that watch us. I’ll try to find out who was in these meetings and talk to all of them and figure out who’s lying, because somebody’s lying.” Graham explained.

Then, he revealed that he will be looking into two critical matters he plans to investigate: before and after the election.

“I’ll be looking at whether the FISA warrant process was abused– that the document used to get a warrant– is it still a bunch of political garbage? How can you certify to the court that this document is accurate if you never verified it? I’d be looking into whether or not the counterintelligence investigation was actually a back door way to get into the Trump campaign. And the real motive was to take the campaign down and bring criminal charges.” Sen. Graham said bluntly. (Video Below)

“They acted as if they were out to get Trump,” Graham pointed out, as he explained that such probes are usually initiated to protect a target or campaign from foreign interference.

Sen. Graham also said he believes Hillary Clinton was not charged over her private email server because the people conducting the investigation “wanted Trump to lose” the election.

“I don’t know if that’s true or not, but that’s what we’re gonna look at. It sure sounds that way.” He asserted.

(Related: Jordan Reacts To McCabe’s Interview: ‘He’s The 3rd Person To Say There Was A Plot Inside The DOJ To Remove [Trump]’)

The South Carolina Senator further noted the only reason the warrant was issued is because of the Dossier. “The Dossier was prepared by a foreign agent, paid for by the Democratic party, and Comey gave the Dossier to President after he was elected saying ‘you need to know about this. We can’t prove any of it, we just want you to know.’ That’s the same document they gave to the courts, swearing under oath it was reliable. How do you swear that?”

Graham vowed, “This investigation is just beginning. We’ll get to the bottom of it, I promise.”

(Related: Rush Unloads On The ‘Silent Coup’ Against Trump: ‘These Guys Oughta Be The Ones In Jail’)