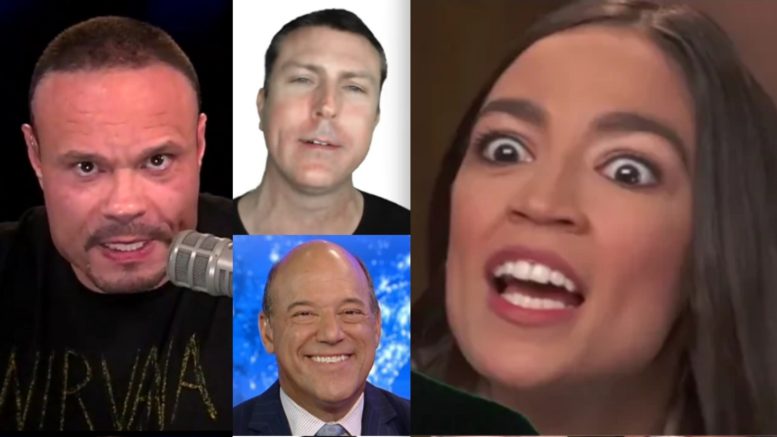 Democrat Socialist Representative, Alexandria Ocasio-Cortez, is the center of attention once again as she made a special announcement about her staff’s pay.

Cortez said she is restructuring her office to ensure that no one on her staff will make less than $52,000.

With an article attached, Cortez said in a tweet, “Leadership starts with our choices. That’s why I decided that no one on my staff will make less than $52k/year.

She added, “It’s likely one of the highest entry-level salaries on the Hill. We pinch pennies elsewhere, but it’s worth every dime to pay a living wage.”

So what’s the catch? Because there is only so much money allocated per member of Congress for their staff, top level positions in her office will have to take a pay cut to ensure bottom level make a minimum of $52,000.

Aside from that, it’s ultimately U.S. taxpayer money that is being redistributed among Ocasio-Cortez’s staff, not her own. So, as much as she wanted to make a socialist economic statement with this move, it has no bearing on the struggles that day to day business owners face when deciding how to pay their staff. This was all kept in mind as her opposition sounded off on the matter. See Below

Political commentator, Mark Dice, was one of the firsts to respond to Ocasio Cortez and pretty much said she knows “nothing about business.” Here is his response:

Americans' tax dollars are paying your staff's salary. Not you. You know nothing about business. Your "experience" ends at pouring peoples' drinks in a bar.

Related Article:
Ted Cruz Slams Dems Who Sat While Trump Rebuked Socialism: ‘They Sorted The Wheat From The Chaff’

Dan Bongino reminded Americans that it’s not Ocasio-Cortez who is actually paying her staff. Here is his response:

She’s NOT paying this “living wage,” YOU are. Does she really believe her own nonsense? https://t.co/tW1WskOCqf

Former Press Secretary, Ari Fleischer, gave a hilarious reaction and tied it to another recent comment made by Ocasio-Cortez where she pleaded for Americans to eat less hamburgers.

So long as they don’t use their money to eat hamburgers for breakfast, lunch and dinner. https://t.co/wdCmn5eCvi

Here are a few of our other favorite responses to Ocasio-Cortez:

But that's not your money.

You decided and it’s easy for you with taxpayer money. What job have you ever funded through your own success? Ans: Not a single one.

You are so generous with our money 🙄

Patting yourself on the back for redistributing taxpayer money to your staff? You are truly a pathetic Communist moron.

I want to see resumes and qualifications. After all I’m paying part of their salary. I’m not saying she can’t hire them. But the voters should know what we are paying for right?

Why are you making almost triple what your staff makes, @AOC? That doesn’t sound very fair. Also why do you get to live in a luxury condo, when they don’t? So unfair.

And who is paying your staff! American taxpayers making less than that! We hate your take on business! I hope no one votes for you again!