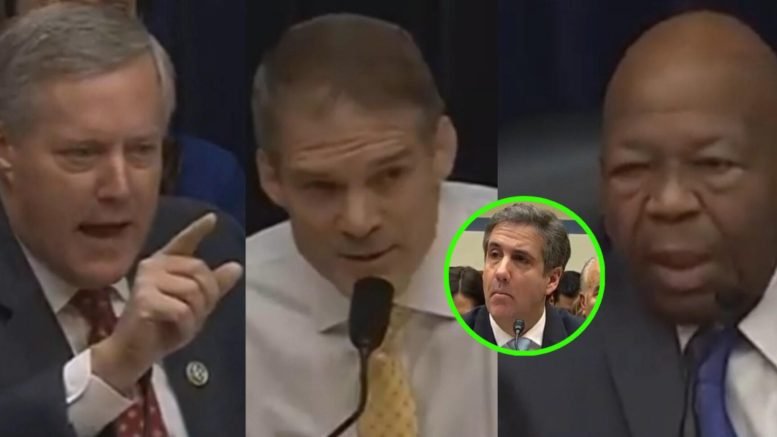 As the hearing started, Reps. Mark Meadows (R-NC) and Jim Jordan (R-OH) called out Cohen for submitting extended testimony after the required time it was due. (Video Below)

Mark Meadows, Jim Jordan, and the Republicans tried to postpone the hearing, because Michael Cohen and his lawyer violated the rules.

Chairman Elijah Cummings (D-MD) brushed off the fact the rules were broken, but he took a vote to appease Republicans because it knew it was wrong if he didn’t.

Meadows, in a heated moment said, “This is a violation of the rule. If it was not intentional, I would not have a problem.”

Meadows told Cummings that if the roles were reversed he would point out the violation too and wouldn’t stand for it.

Jordan announced that CNN had materials of the hearing before the members of the committee and Cummings tried to silence Jordan.

Shortly after, votes took place to determine if the hearing would go on. (Video Below)

Republicans lost the vote and Cummings continued the hearing to hear Cohen’s testimony in hopes of smearing the President.