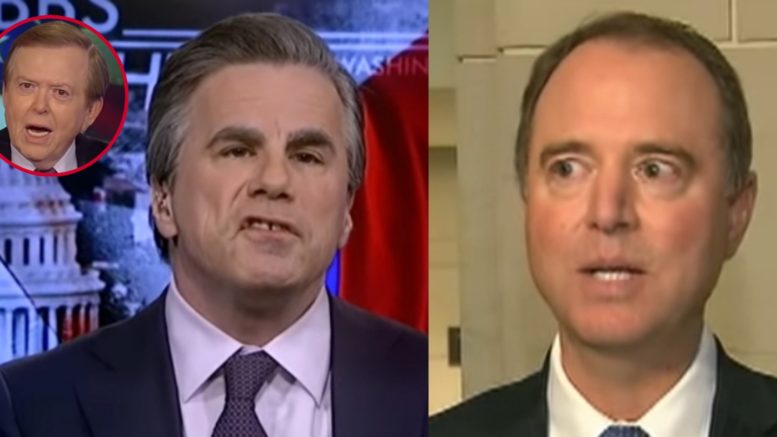 Chairman of the House Intelligence Committee, Adam Schiff, caused quite the stir earlier this week after mentioning his plan to make the Mueller report public upon its release, which is rumored to be within coming weeks.

Attorney General William Barr will ultimately decide what parts of the report will be made public, which Schiff is already fighting for it to be released in its entirety. Schiff threatened that if Barr does not make the Mueller report public, he would subpoena Robert Mueller before Congress as a way to force it to happen.

In a recent interview, President of Judicial Watch, Tom Fitton, slammed Schiff for making such a threat.

Fitton stressed that the attorney general should be the only one directing Mueller and how the report is handled.

In regards to whether Schiff really has the authority to subpoena Mueller to make the report public, Fitton said, “I think it’s a lot of noise. He’s trying to highlight the fact or pretend there’s something to be subpoenaed in terms of the substantial substantive attack on President Trump.” Video Below

As much as he supports transparency, Fitton’s main concern is that he doesn’t want another anti-Trump dossier written and released to the public. Barr having direction over the final report could help prevent that, especially since clear bias has been
proven to exist among those who were part of Mueller’s probe and still employed at the DOJ.

In terms of transparency called for by Schiff, Fitton said, “Transparency that is politicized and half-baked and arbitrary and selective–that’s problematic.”

He added, “My main concern is that the special counsel is working on the dossier to point zero. We already have one unconfirmed, uncorroborated anti-Trump dossier. The Justice Department shouldn’t be in the business of writing another dossier.” Video Below