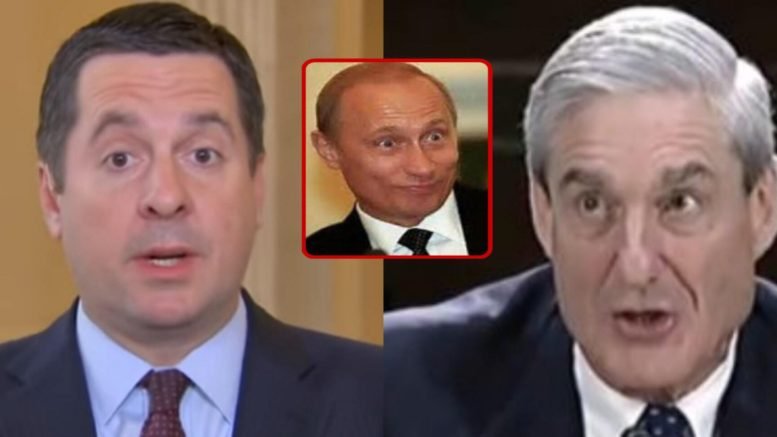 Nunes, further alleged that special counsel Robert Mueller is the real source of collusion that people should be focused on. (Video Below)

It is being reported that Michael Cohen met with Adam Schiff four times, a total of twelve hours, for one-on-one meetings.

Devin Nunes said, “It shouldn’t be shocking. They met with Cohen; they were clearly trying to devise how they were going to roll out a new narrative, despite all of that, they still came out with a fake news story, that’s now been debunked.”

“No matter how much witness tampering you do, you’re not going to find collusion in this, unless you talk about the collusion the Democratic party and the Clinton campaign were doing with Russians.” He added.

When asked about remarks of indictments for President Trump’s family members, Nunes said he “would find it hard to believe.” (Video Below)

Nunes explained that Mueller’s team essentially colluded with Democrats to bring down President Trump, by accepting the Democrat-generated Steele dossier as evidence against Trump, and using it to further their investigation.

“These guys were meeting with the Democrats, they were taking in this Steele dossier, which was the dirt.” Nunes said. (Video Below)

“So these guys were involved in this the whole time,” Nunes added. “They’re part of it. The Mueller team is part of the collusion. They were taking information that ‘supposedly’ came directly from Russians.