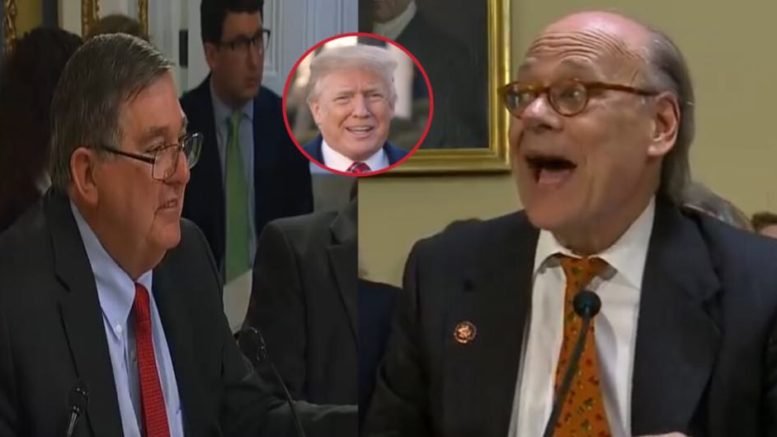 On Friday, the chairs of six committees in the U.S. House of Representatives introduced H. Con. Res. 24, a resolution expressing the sense of the Congress, that when completed, Special Counsel Mueller’s report should be made available to the public and to Congress.

The chairs wrote a joint statement and it reads in part, “Introduction of this Resolution is consistent with the intent of the Special Counsel Regulations, and most importantly, the interests of the American public. This transparency is a fundamental principle necessary to ensure that government remains accountable to the people, according to the Oversight Committee.

“As the Department of Justice made clear over the last two years, DOJ policy permits disclosure of investigative materials when it serves the public interest, even as they pertain to ‘uncharged third parties.’ The public is clearly served by transparency with respect to any investigation that could implicate or exonerate the President and his campaign.  We urge our colleagues on both sides of the aisle to join us in supporting this common sense resolution.” They wrote.

The Members also wrote to Attorney General William Barr to inform him of their expectation that he will make Special Counsel Robert Mueller’s report public “without delay and to the maximum extent permitted by law.”

On Monday, the House Rules Committee held a hearing and passed a resolution by voice vote proposed by Congress that aims to make Special Counsel Robert Mueller’s full report available to the pubic. The measure will go to a floor vote on Thursday. (Videos Below)

Republicans did not raise serious objections to the resolution or demand a roll call vote. They did, however, question the measure’s timing and efficacy.

Rep. Michael Burgess (R-TX) called out Democrats, and he exposed their Trump derangement syndrome during the meeting, one in particular, Rep. Steve Cohen (D-TN).

Burgess explained to the Trump haters point blank they think Trump’s wrong doing is that “he won an election that none of them expected.” (Videos Below)

“The reason people are upset with [Trump] is that he won an election that you did not think he could win.” Burgess declared.

Burgess’ truthbomb ultimately triggered Democrats in the room. Cohen jumped in and admitted to a list of reasons why he doesn’t like the President, in turn revealing why he wants to investigate the President.

“I’m not upset with him for the fact that he won the election, I’m upset with the way he has served as President.” Cohen added.

Burgess stepped back in after Cohen was done crying and and pointed out that Democrats have talked about building the middle class, adding that President Trump is the only who is actually doing it.

He listed things President Trump is doing for the middle class. “I would argue that this President has been enormously successful in the things he’s undertaken.” Burgess countered. (Videos Below)

The full hearing can be viewed here: