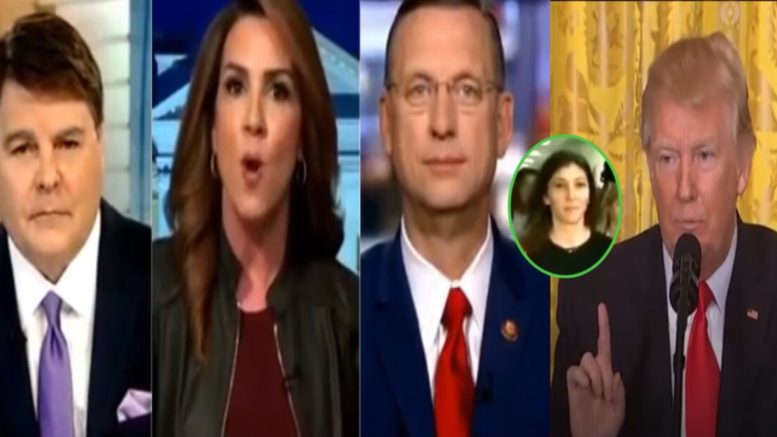 This comes after Congressman Doug Collins released 370 pages of Page’s transcript testimony on his own volition, and promised that he would release even more in the future. (Video Below)

Rep. Collins, the top Republican on the House Judiciary Committee, published links to the transcripts on his congressional website after reading a link to the documents into the public record during a speech on the House floor. Page testified over the course of two days, July 13, 2018 and July 16, 2018.

Page left the FBI on May 4, 2018 amid a brewing scandal over her text messages with Strzok, the former deputy chief of the FBI’s counterintelligence division. Page and Strzok were part of a small group at the FBI that worked on “Crossfire Hurricane,” the code name for the bureau’s counterintelligence probe of the Trump campaign, per Daily Caller.

“The just revealed FBI Agent Lisa Page transcripts make the Obama Justice Department look exactly like it was, a broken and corrupt machine. Hopefully, justice will finally be served. Much more to come!” The President wrote on Twitter. (Video Below)

During the segment with Sean Hannity Tuesday, Congressman Collins vowed that there will be more to come. “You can expect it to continue as I’ve promised to the American people. As we’ve went through these, we’re going through it in a very methodical pattern, we’re putting this out there, so people can begin to see what’s actually going on here.”

Collins added, It is a two tiered Justice system. The President has been unfairly attacked from the moment he was elected in 2016 on many fronts. And now, we are being to see the vast scope that most of knew: Ms. Clinton was treated completely differently than what we ended up seeing President Trump being treated. And, that’s just wrong.”

Hannity added that with all the new information coming out, “we now got closer to [John] Brennan, we now get closer to Loretta Lynch, which gets us closer to Barack Obama. What did he know? When did he know it?” He asked. (Video Below)

Sara Carter said one of the things she found most fascinating in Lisa Page’s testimony is that of comparing it to Bruce Ohr’s testimony.

“They both have different statements as to when Lisa Page actually knew about Christopher Steele. This is something I haven’t seen out there, but Lisa Page actually said that she didn’t know anything about the dossier in August 2016. But, Bruce Ohr specifically states in his testimony that he went to visit Andrew McCabe at his office with information that had just been given to him by Christopher Steele on July 30th.” Carter said.

She added, “So he goes to his office, and low and behold, who is there to meet with him, is Lisa Page. So actually, he met with Lisa Page in August of 2016. It was information that was actually information given to him by Christopher Steele in the office.” Carter pointed out, “We are seeing a lot of finger pointing. The Justice Department was coving up for Hillary Clinton. And we see that with James Baker’s testimony.”

Gregg Jarrett noted on page 20 in the testimony reads, “Every person on the team knew no charges would be brought against Hillary Clinton.” Jarrett expressed, “That’s an amazing statement!”

“Collusion was a political ploy according to Lisa Page, and they were using it as an insurance policy.” Jarrett added. (Video Below)

The just revealed FBI Agent Lisa Page transcripts make the Obama Justice Department look exactly like it was, a broken and corrupt machine. Hopefully, justice will finally be served. Much more to come!