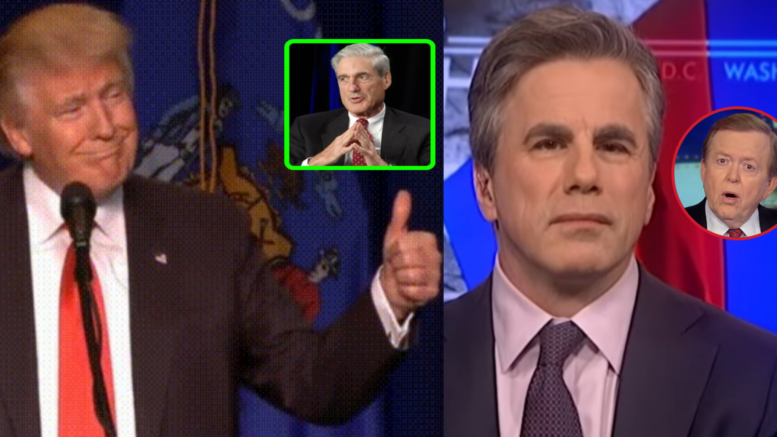 On Friday evening, Tom Fitton of Judicial Watch joined Lou Dobbs to discuss implications of Special Counsel Robert Mueller’s probe now that it has come to a conclusion.

Given the fact that there were no indictments handed down to the President before the investigation ended, Fitton declared Trump has been “vindicated.”

Fitton said, “The long national nightmare is now over in a large measure, and certainly as it relates to years long abusive investigation into the President.”

“Unless there’s something surprising in there,” Fitton said, “the President has been vindicated to an extraordinary degree: No additional indictments, there’s never been any Russia collusion.”

He then pointed out that the end of the Mueller probe is long overdue and should have been closed down over a year ago. Video Below

Fitton cited the fact that the basis of Mueller’s probe was originally intended to investigate potential Russian interference in the 2016 election and if the Trump campaign had any involvement with such efforts. Initial indictments handed down by Mueller ruled out any involvement by Americans, however the probe stretched beyond that.

Then after slamming an out-of-control Special Counsel, Fitton said, “I’m glad King Mueller is finally stepping down.” But he admitted the harassment of Trump will likely still continue.

Fitton concluded, “If there isn’t an apology in the report, there oughta be.” Video Below