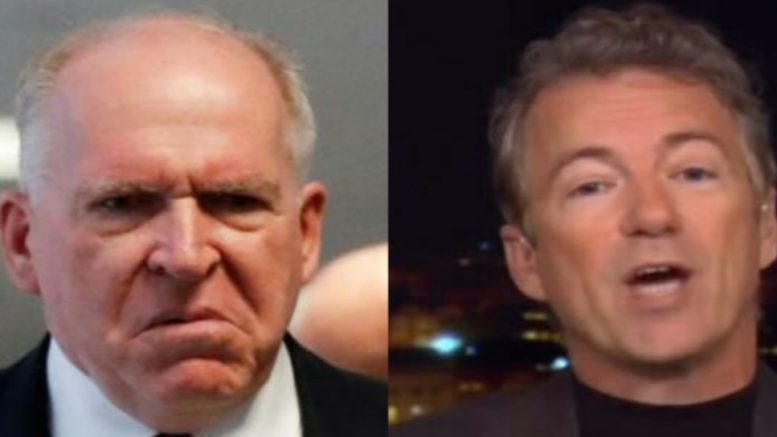 Now that the Special Counsel’s investigation is all wrapped up without finding any solid proof of Russian collusion, many questions still remain related to the origins of the probe.

It is alleged that top-level officials used the Steele dossier, that they knew was fake, to ultimately get approval via the FISA court to spy on the Trump campaign.

Senator Lindsey Graham has already laid out his investigative intentions moving forward, including a look into the FISA process, which he believes ultimately led to the appointment of Special Counsel Mueller.

Representative Devin Nunes has also confirmed that he is putting together criminal referrals for Attorney General William Barr that he claims will expose the “dirty cops” who were part of the FISA process.

One of the primary officials who is thought to have been part of this FISA process in question is former CIA Director John Brennan, who clearly has disdain for President Trump as shown in many of his Twitter posts.

And now Senator Rand Paul believes has just been given information that helps prove that Brennan was one of the main ringleaders behind using the Steele Dossier to get FISA court’s approval to spy on Trump’s campaign. As a result, Paul thinks Brennan has some explaining to do. See Below

On Wednesday, Rand posted a statement on Twitter calling on John Brennan to testify and cited information from a “high-level” source.

He said, “BREAKING: A high-level source tells me it was Brennan who insisted that the unverified and fake Steele dossier be included in the Intelligence Report… Brennan should be asked to testify under oath in Congress ASAP.” See Below

BREAKING: A high-level source tells me it was Brennan who insisted that the unverified and fake Steele dossier be included in the Intelligence Report… Brennan should be asked to testify under oath in Congress ASAP.

Here is video of a former CIA official giving his take on comments made by John Brennan over time about President Trump.