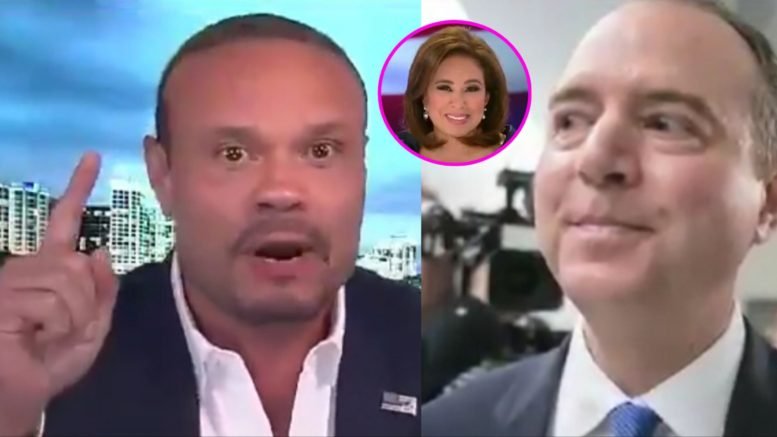 Bongino weighed in on the aftermath of the Mueller report and Rep. Adam Schiff (D-CA), who refuses to accept that there is “no collusion” between Russia and President Trump or his campaign.

Attorney General William Barr had some very exciting news for those who have been calling on the Mueller Report to be released. He indicated on Friday that he plans to submit the full redacted version of Special Counsel Robert Mueller’s Russia investigation report to Congress by “mid-April, if not sooner.”

Barr’s plan, however, didn’t quite meet the standards of Rep. Adam Schiff, who has been calling for the release of Mueller’s report in its entirety with no redactions and by the April 2 deadline that was initially laid out by Democrat Rep. Jerry Nadler.

Schiff, who is facing growing calls to resign from Congress, took to Twitter to signal Barr’s transparency efforts are not enough, and wrote on Twitter Friday, “Redactions are unacceptable. #ReleaseTheReport”. (Video Below)

Dan Bongino didn’t hold back when the Judge asked him how he felt about Schiff.

He declared, “Adam Schiff is a sleazeball! He has accused the President of the United States, without any evidence whatsoever, of being a traitor to his country. What kind of a human being, what kind of a vacuum of a soul do you need to have, to do that?”

“I don’t want to hear how Mueller exonerated Trump. Mueller didn’t exonerate anybody. Trump exonerated Trump because he didn’t do anything wrong! Mueller should have to answer why he was even investigating him in the first place.” He added of the Democrats crying. (Video Below)

Schiff claimed on several accounts that there is “circumstantial evidence” of collusion, and Pirro named off a list of times he spread his lies to the American people. She added that Schiff also said he “would accept Mueller’s conclusion”, but has failed to do so.

“Is this guy from another planet?” She asked.

Bongino fired off again, “The evidence of collision is absolutely strong. He’s right– with the Clinton’s! We just had it revealed, by the way, with Nelly Ohr, who was working for Fusion GPS, who was hired by the Clintons. Nelly Ohr, in sworn testimony, working for the company– hired by the Clintons, admitted that a Ukrainian lawmaker, a foreigner who their not supposed to collude with, was feeding Fusion GPS information.”

He added, “Christopher Steele, who produced the filthy, discredited, debunked dossier has already admitted in a deposition, he gave overseas, that the information was from Russians. How does this escape Adam Schiff? Collusion is real, it’s just with the Democrats.”

Asked if he should be taken off of Chair of the Intelligence Committee, Bongino said he should go do charitable work, confession, and leave public life forever. “Head of the committee? This guy should not be allowed in Washington, D.C.” Bongino announced, “Adam Schiff’s picture should be up on Capitol Hill with a ‘do not admit’ sign.” (Video Below)

“This guy’s disgraced the country, the Congress, his party, and anybody laying claim to this guy. He is sleazy. You do not accuse an American citizen of being a traitor with zero evidence.” He added.

(Related: In Her Debut Back, Judge Jeanine Warns Viewers Why They Shouldn’t Celebrate The Mueller Report)

Schiff faced a challenge on Thursday, as all 9 Republicans of the House Intel Committee called for his resignation, as they cited McCarthyism, leaks and lies from the congressmen in an attempt to discredit President Trump. They claim Mueller’s findings prove Schiff has been dead wrong about his collusion theory that he has been pushing on the public for two years.

I don’t want to hear how Mueller exonerated Trump. Mueller didn’t exonerate anybody. Trump exonerated Trump because he didn’t do anything wrong! –@dbongino pic.twitter.com/Lr0JNJt9Z9